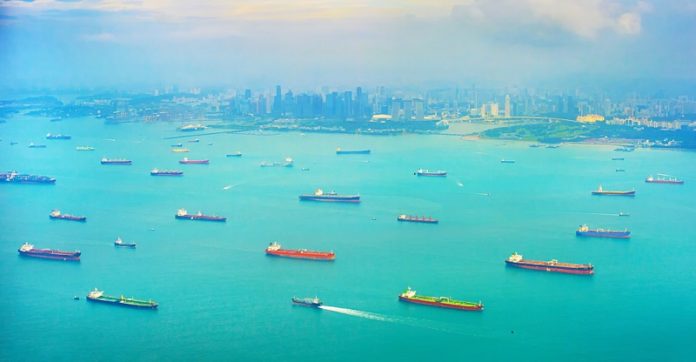 The waters off the South African oil storage terminal at Saldanha Bay are getting busy. A small flotilla of tankers full of crude is idling near the busy shipping lanes that link the Atlantic and Pacific Oceans. Their presence, along with similar gatherings of ships all around the world, will be a potential source of oil price volatility for months to come, as global demand begins to recover amid the biggest production shutdown in the oil industry’s 160-year history.

Ships full of crude have been forced to anchor off the coasts of the U.S., China, Europe and elsewhere, as refiners have cut back processing and onshore storage tanks have been filled to near capacity. All over the world, tankers are being used to store oil instead.

The reasons for most of this expensive excess storage is obvious: the global supply glut. But there’s something else at play here too as some of the world’s smartest oil traders have filled up tankers to take advantage once crude prices start motoring again.

Refining Crash
The floating supplies of oil are vast. Tankers carrying enough crude to satisfy 20% of the world’s daily consumption gathered off California’s coast in April with nowhere to go. Most are still there. At Durban, 800 miles to the east of Saldanha Bay, six giant Suezmax tankers, each holding about 1 million barrels of crude, have been anchored for up to six weeks. More tankers have amassed off Africa’s northwest corner, around the entrance to the Mediterranean Sea, after processors in Spain, southern France and Italy all cut runs or shuttered refineries.

Market Tightening
The vessels now off Saldanha Bay began to arrive in early April, carrying crude from Nigeria, Angola and the Republic of Congo. They have been joined over the past two weeks by four more ships, each of which loaded a similar volume of crude in the U.S. Gulf Coast.

The area near Africa’s southern tip has always been a favorite place to hold cargoes of West African crude awaiting buyers in far-flung parts of the world. It is safer than locations farther north, where piracy has increased. It also gives owners the choice to send cargoes to either Asia or Europe, depending on where the most profitable opportunities arise.

Holding oil in ships is more expensive than storing it in onshore tanks, but owners can respond much more rapidly to selling opportunities.

Several of the vessels off South Africa were chartered by leading oil-trading companies, including Vitol Group, the world’s biggest independent oil trader; Glencore Plc, through its ST Shipping subsidiary; and Mecuria Energy Group Ltd., according to fixture data compiled by Bloomberg. The presence of such big-name traders suggests that these aren’t all just cargoes waiting to discharge into congested tanks, but are also the visible parts of trading strategies aimed at making the most of the first signs of a recovery in global oil demand.

Floating Glut
As I said above, the presence of many of these tankers can be explained by full onshore storage tanks, slower discharging operations and reduced refinery runs. But others will be the result of so-called contango plays, where traders buy cheap crude on the physical market and sell forward contracts to lock in a profit. Some are probably just waiting for prices to rise enough to make the cargo profitable.

The eventual unloading of all of these floating supplies will have a significant bearing on the oil price. The gradual drawing down of the huge offshore stockpiles owned by refiners will help keep a lid on prices. But those held by canny traders will be sold whenever and wherever they are most profitable, and that will keep prices volatile.

If you were hoping for a smooth recovery in crude prices as the initial disruption of the coronavirus epidemic recedes, think again.

Nigerians bid to sue Shell in U.K. over oil-spill pollution