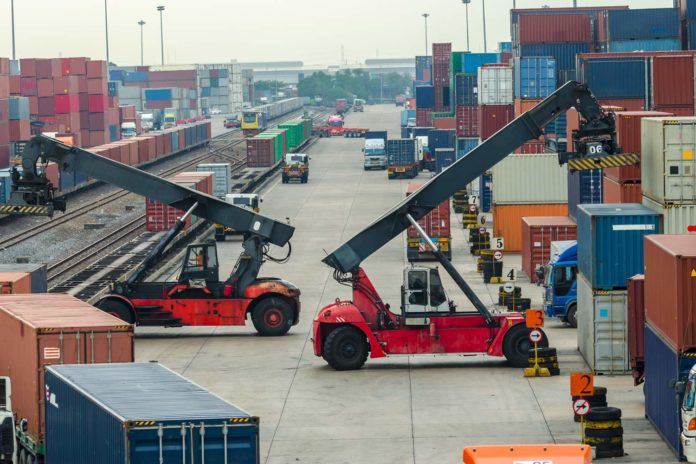 The Nigerian Shipper’s Council has begun the implementation of a new Standard Operations Procedure (SOP) for evacuation of cargo by railway at the Apapa and Tin Can Island ports in Lagos.

Already, vessel waiting time at either of the two major seaports in Nigeria has reached 50 days due to severe congestion at the ports.

Hassan Bello, Executive Secretary of the Nigerian Shipper’s Council said cargo evacuation by rail transport could half the cost of transportation and improve the economy of demand and supply.

However, to ensure things move smoothly, the Nigeria Railway Corporation (NRC) and the port concenssionaires would have to adhere to the SOP, said Bello, who was represented Ifeoma Ezedinma, Director, Regulatory Services, Nigerian Shipper’s Council, at a brief event to mark the resumption of evacuation of cargoes by rail at the Lagos seaports.

“There are many challenges in the ports right now due to the shutdown which has resulted in congestion, but with this reintroduction of evacuation by rail, we believe it will go a long way in the port decongestion.”

“The rail evacuation will reduce cost, the economy of demand and supply will also come to play as it will give room for our exports which are languishing on the road to gain access to the port,” Bello said.

Mr Jerry Oche, Railway District Manager, NRC, Lagos said that the new agreement for the evacuation of cargoes would work because the SOP was binding on everyone and Shippers’ Council was standing as the supervisor.

“We have been on this for quite sometime, but the difference today is that we are starting with an SOP; in the past, all we were doing was that everyone was doing his or her own thing. Now we have an SOP binding on everyone and we have the Shippers’ Council as a supervisor; yes, we have done it in the past and I tell you this will work because this is different,” he said.

The District Manager said that a train was made up of 19 wagons and each of the wagons could take 40 feet or 20 feet containers.

According to him, if they are doing 40 feet it means 19 trucks off the road and if it is 20 feet, that would take 38 trucks off the road. He also noted that they would start with two trips per day and increase it to four in no distant time.

The External Affairs Manager, APM terminals, Daniel Odibe, said the new SOP would help bridge the communication gap that they had experienced with NRC in the past.

“This is an important milestone being achieved here, and it is something we have always asked for, an SOP for receiving trains into the terminal and servicing them.

“It will definitely help in planning and bridging the communication gap that we have experienced with NRC in the past and lead to more efficient operation with more cargo being handled through the rail tracks,” he said.

Odibe commended the Shippers’ Council for bringing together the NRC and APM terminals to bridge that communication gap.

“Right now, we have an SOP that will enable us receive the right containers coming to APMT without any hindrance and also enable us service the trains within the agreed timelines. We do not envisage more challenges with the commencement of the SOP and it will also create a platform for us to meet, review the past, and seek ways to improve.

“What we proposed was for four trains in a day within every 12 hours but NRC advised we start with two and scale up as we go, assuring us that the process would be sustained,” he said.

7 Dangers of Flags of Convenience to Seafarers