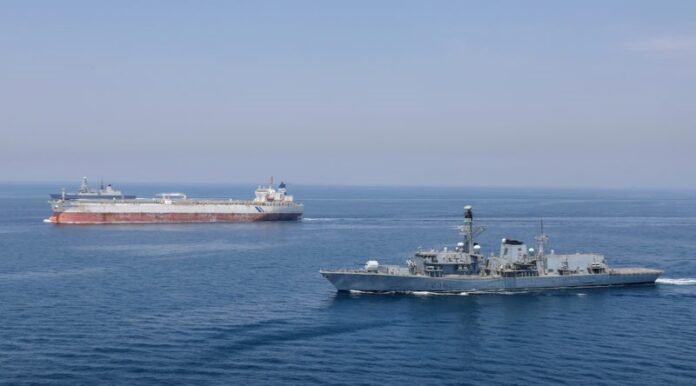 Operators with interests in petroleum products shipping in sub-Saharan Africa have advocated for governments in the region to issue licenses granting armed guards permission to escort vessels transiting the Gulf of Guinea.

This is coming as ship operators in the region also highlighted challenges associated with sourcing complaint bunkers for their vessels in view of the International Maritime Organisation’s (IMO) sulphur limit, and called for the regulatory and approval process to be streamlined.

Addressing the 14th Oil Trading and Logistics (OTL) Africa Downstream Week on the topic, “Petroleum Products Shipment – Issues in Bunker Quality and Maritime Security”, stakeholders reiterated the need to work collaboratively in the Gulf of Guinea to improve cross-government relationships and working patterns to mitigate the risk vessels and their crew are exposed to.

Chief Executive Officer, Sea Transport Service Limited, Aminu Umar, in his address said that the impact of insecurity in the region had piled additional cost of operation on ship owners and operators in the form of bespoke insurance policies and war premiums for the region.

“The Gulf of Guinea is the only region in the world where insurance firms have introduced a Kidnap and Ransom policy. This does not exist anywhere else in the world and it is becoming increasingly difficult to meet the conditions for vessel and voyage insurance. Meanwhile, ship owners are required to undertake all necessary policies which results in an over 40 per cent increase in our insurance expenditure”, Umar complained.

He expressed ship owners’ desire to engage with the Gulf of Guinea Commission in order to streamline strategies deployed against piracy in the region. Umar also called for a study of the peculiarities of the Gulf of Guinea to help authorities zero in on the best strategy to stop the menace.

Managing Director, NIDAS Marine, Mrs Christiana Onabu, in her contribution highlighted the magnitude of NNPC’s challenges with insecurity due to the sheer volume of shipping activities it conducts.

Onabu confirmed that NNPC deploys Nigerian Navy escorts for its vessels within the region, while P&I Club obligations and additional war risk spending impact the end price of the products.

She also noted that with increased piracy activities in the region NNPC was forced to stop 24 hours Ship-to-Ship (STS) operations, only conducting such activities between 6 am and 6 pm (WAT). This has led to loss of precious time for vessels and increases the risk of being attacked.

Meanwhile, Managing Director, Union Maritime Limited, Mr Laurent Cadji commended security agencies for their role in containing the incidents of piracy of the waters around Lagos, however stating that the real challenge lies farther afield.

Cadji said that increased kidnapping and ransom demands might breach the triple digit threshold this year, with severe implications for policing the waters and engaging crews to sail to the region. He called for greater information sharing and collaboration between agencies and security formations in the affected region to bring down costs.

On the issue of bunker quality and availability, Cadji observed that the post-Covid-19 differentials for bunkers have narrowed significantly in contrast to the sharp increase in price of IMO complaint bunkers at the beginning of the compliance period.

“From a trade perspective, the significance of IMO 2020 was felt when the four million tons per annum fuel oil market was disrupted, resulting in unavailability and interrupted world trade flows. However, with reduced mobility and low demand, availability of IMO complaint bunkers has improved pending restoration of full mobility globally”, Cadji said.

On his part, Managing Director, Riverlake Nigeria, Bello Tukur said there is need for a sustainable and reliable bunker supply strategy in Nigeria and Africa.

In his words, “The sector has suffered a negative reputation and financiers are not very keen to invest in the value chain.” He added that a lot of synergy is required to drive the sector and urged government to “concession major palliative districts as bunker hubs.”

Addressing the bunker issue, Onabu said “As a supplier of last resort, NNPC is mindful of the quality of bunkers it uses on its coastal vessels in operation and we are compliant with the IMO sulphur content directive. Energy security is important to us at NNPC and as such the three entities under the NNPC Shipping are IMO certified and all their vessels are in class.”

Also speaking to the issue of bunkers, Umar revealed that is has been very challenging for ship owners in West Africa to source marine fuels ro meet compliance targets.

According to him, “There is almost no refinery producing IMO complaint bunkers in West Africa. It must be imported and the challenge for ship owners is availability. Furthermore, the cost of bunkers is very high in Lagos due to bureaucracy in the regulatory approval process for bunker suppliers, leading to delay and losses for ship operators.”

The experienced operator of what is arguably Nigeria’s largest indigenous fleet of ocean going vessels, also said that the main challenge with bunkers in West Africa is non-regulation or licensing of traders, which leads to unavailability of the product as when needed.

“The only place you can get bunkers in Nigeria is Lome offshore and this comes with significant impact on our vessels. Many others have to ballast farther away to Abidjan to take huge bunkers to cover for supply at other ports of call where the product cannot be found”, he added.

In reaction, Director, Legal Services and Board Secretary, Nigerian Maritime Administration and Safety Agency (NIMASA), Victor Egejuru said NIMASA had taken steps to identify bunker suppliers through the Department of Petroleum Resources (DPR) has also certified a DPR laboratory that will ascertain the level of bunker fuel compliance.

“I am pleased to announce that the draft standard on marine fuel has been approved by the Federal Executive Council, while the MARPOL Annex VI will soon be passed into law and domesticated. We have also constituted a National Technical Committee on Green House Gas Emissions Reduction; and Nigeria has been nominated as the West Africa focal point for the initiative”, Egejuru disclosed.

He also mentioned that NIMASA was preparing to consult modular refinery operators with a view to ensure the production of compliant fuels, with a similar programme planned for bunker fuel suppliers in order to develop a database of operators.

In summary, President of the Ship Owners Association of Nigeria (SOAN), Dr Mkgeorge Onyung advised African oil producers blessed with low sulphur crude oil to leverage the product and build comparative advantage in the production of IMO compliant bunkers. He added that piracy is a sore spot as far as ship owners are concerned and pointed out the urgent need to float the Deep Blue project as soon as possible.