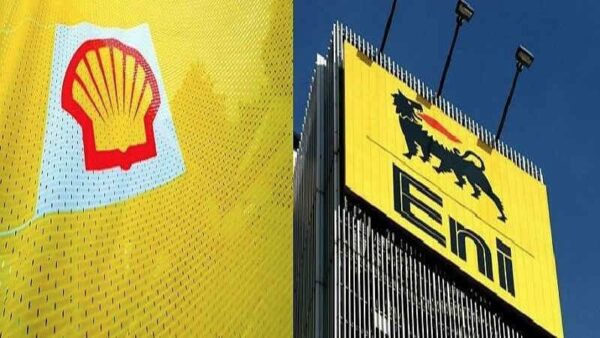 Nigeria is making its concluding arguments in the ongoing mega-trial of Royal Dutch Shell, Eni and some of their most senior executives on charges of international corruption in the billion-dollar OPL 245 deal.

Luca Lucia, the Milan lawyer acting for Nigeria will make the concluding arguments.

This is shown in a thread on twitter by Barnaby Pace @pace_nik on the trial in Italy with @Recommon reporting the entire case and @irpinvestigates arranged the live stream of the proceedings.

Nigeria’s lawyer reminded the court that the country’s anti-graft agency, the Economic and Financial Crimes Commission, EFCC has also investigated the OPL 245 case, their officer Ibrahim Ahmed gave evidence on their investigations, charges have also be laid and there are ongoing trials in Nigeria.

Nigeria’s advocate laid out the money flows from the $1.1bn Shell and Eni to JP Morgan in London, the failed transfers to Switzerland and Lebanon and the eventual $800m transfer to accounts in Nigeria operated by Dan Etete, Nigeria’s former oil minister (also a defendant)

Lucia explained that this evidence came from investigations by the Italian financial police, EFCC and Federal Bureau of Investigation, FBI prompted by media reports from @Global_Witness and @Recommon.

“Nigeria’s case is then that money reached a Nigerian senator, $10m went to a former Attorney General Bayo Ojo and then serving Attorney General Mohamed Adoke, who receives a mortgage to buy a property from a business man, Aliyu Abubakar linked company.

Lucia explains that Adoke’s mortgage is then belatedly repaid from a bureau de change in cash transfers, and $2m makes it to Adoke’s account.

Lucia for Nigeria argues that these transfers are notable because Adoke had no reason to receive the money. When Adoke had UK police officer Jonathan Benton brought to his office, Adoke told him the decision not to investigate came from the President.

Lucia moves on the role of public officials in the contracts between Eni, Shell, Malabu (the company owned by former oil minister Dan Etete) and the Nigerian government.

Lucia explained that when Goodluck Jonathan government was appointed in June 2010, Jonathan together with Adoke and the oil minister Alison-Madueke confirmed Malabu’s control of OPL 245 in a letter.

Lucia explains how Malabu also received an extension to pay the long-overdue $210m signature bonus. Shell’s staff members on the ground, the former MI6 agents Coplestone and Colegate thought in 2009 that Etete’s closeness to Jonathan would help him.

Lucia outlines that Adoke and Alison Madueke were the signatories to the final contracts, but Adoke’s role was crucial as he agreed to key clauses in the contracts and pushed back on objections from civil servants.

Lucia explains that Adoke also played a key role in setting the final deal price and intervening on how much a middleman connected to Eni (Emeka Obi) could ask for as a commission.

Lucia explains that separate negotiations were happening between Shell and Eni and between the companies, Adoke and Etete on the price. Etete wanted over $2bn, but the companies agreed to pay $1.3bn, Eni’s executives noted that there effectively was no negotiation on price.

Lucia explains that beyond the price the terms of the contracts, which last 30 years are very important. Adoke pushes back on Nigeria’s technical experts rather than protect Nigeria’s national interests.

Lucia describes how Eni and Shell took a huge reputational risk in dealing with Dan Etete, a convicted money launderer, and his company Malabu Oil and Gas, a company who’s record couldn’t be found and who they never completed due diligence on.

Lucia outlines that the companies knew the problems but they also saw the value of OPL 245 vs the amount they might pay for it. The topic was closely covered by expert witnesses which Lucia will now cover, focussing on the criteria used to assess the value.

Lucia explains that the experts differed on their assessment of how to discount the value, reserve assessments, back in rights and the value of associated gas but that Eni’s and the FRN’s experts come out aligned on other issues and get to valuations of $4.5bn and $3.5bn.

Lucia explains that Eni’s expert added a heavy discount, due to country risk and other factors, arguing that the $1.3 bn total paid is fine.

Lucia says that Shell’s expert also questionably used third-party data to assess the value of block, whereas Nigeria’s expert used Shell’s own data that was disclosed in their email at the time of the deal. Shell’s internal assessment was also valuing the block at $3.5bn

Lucia argues that a gap between the value of an asset and the price paid is normal, but it is not normally so wide. In this case, the deal is tainted as the license was stolen and Malabu was unable to develop the block and so had to sell with the help of friends in power.

Nigeria argues that the companies, of course, wanted favourable terms so they dealt with the government decision-makers who backed them rather than technical experts from within the government. The companies obtained a very favourable deal against the interest of the country.

Lucia points out that Ednan Agaev, the middleman, said that he was told by a Shell executive that the value could easily go up to $3bn. That matched Shell’s assessments for pending litigation. It also now matches the assessment by the FRN’s expert.

Lucia argues that this difference between the price paid and what the company’s saw the value being was vast. He says the data Eni has presented in court differs from that shown to their own board at the time of the deal and says their witness’ arguments aren’t credible.

Lucia says that the lack of any tender denied Nigeria the opportunity to find the value of the license. The experts pointed out upfront prices paid in other deals, but there is a missing part, what Nigeria usually makes from a production sharing contract and NNPC’s stake.

Lucia says that the NNPC is absent from the block and Nigeria stands to receive no share of “profit oil” in the deal, Nigeria’s expert explained the differences between the 2003 deal Shell had on OPL 245 with NNPC, standard Nigeria terms from 2005 onwards and the 2011 deal.

Lucia points out that Nigeria’s expert also refers to Resources for Development’s study which found missing profits for Nigeria vs the 2003 Shell deal of around $4.5bn and vs 2005 terms of $5.8bn. The damage to Nigeria is therefore massive.

Lucia says that he can only request a provisional amount for damages, a civil court could set the final amount in the event of a conviction.

Lucia argues that Shell and Eni’s illicit profits from the OPL 245 deal are certainly higher than the $1.1bn they paid and the harm to Nigeria is also certainly higher, but for now, Nigeria asks that $1.1bn is set as the minimum benefit the companies received.”

Nigeria, therefore, asked to receive a minimum of $1.1bn in damages from Shell, Eni and the other defendants if convicted for their role in the OPL 245 deal.

The next hearing will be on September 21 with concluding arguments from Vincenzo Armanna, one of the defendants, a former Eni lawyer who gave evidence against his former colleagues.