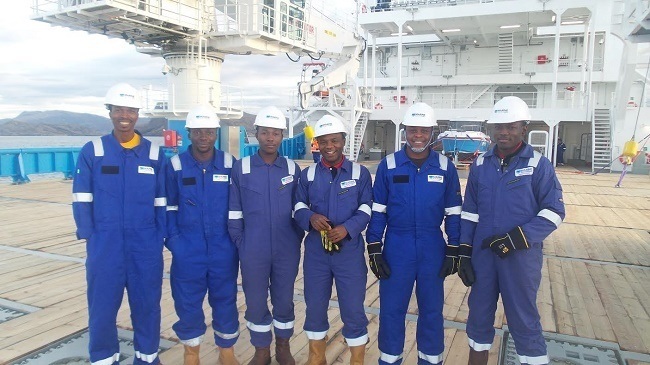 Seafarers in the country have called on the Nigerian Maritime Administration and Safety Agency (NIMASA) to expunge detrimental clauses in the International Maritime Organisation (IMO) Standards of Training, Certification and Watchkeeping (STCW), which confine Nigerian seafarers to the nation’s shores.

They also decried what they described as marginalisation by the Nigeria LNG Limited and foreign ship owners in preference for their counterpart in other countries with less qualification.

This, they said, was despite the massive investment in seafarers’ manpower development by the federal government championed by the Nigerian Maritime Administration and Safety Agency (NIMASA).

According to them, the discrimination, which is allegedly common among foreign companies has become evident in Nigeria with several indigenous companies including the Nigeria LNG Limited (NLNG), a liquefied natural gas (LNG) producing company with the Nigerian government as a shareholder.

Speaking on behalf of his colleagues, a Seafarer, Daniel Ikueyemi, posited that the poor feedback mechanism at NIMASA has deprived the agency of the true impact of the investment in seafarers’ development.

Speaking during an interview on a television programme monitored in Lagos, Ikueyemi lamented that most seafarers trained under the Nigerian Seafarers Development Programme (NSDP) are on the verge of having their Certificates of Competence (CoC) expire, “yet many have no resources to renew it because they never had an opportunity of going on board vessels even for a single day.”

“NLNG rejects seafarers with Nigerian CoCs. NLNG is a company in which the nation has shares. If this certificate doesn’t have value in our country and organisations like NLNG reject it, there is no need talking about acceptability of this certificate around the globe. There is no point wasting our time on that.”

Ikueyemi, proposed that NIMASA should create a seafarers’ desk at the agency with the objective of receiving valuable information and experiences of seafarers especially on practices onboard vessels.

According to him, this can be an avenue to enable the agency resolve the numerous problems associated with seafaring, “as NIMASA would better capture seafarers’ experiences.

“NIMASA shouldn’t allow their resources waste away because that is what happens when the seafarers aren’t engaged. The CoC has a-five year duration and it becomes useless if one doesn’t utilize it during that timeframe.

“Imagine the millions of dollars that has been spent on NSDP already. Nevertheless, NIMASA can’t give account of the number of cadets they have trained so far. A lot of people have left the system unnoticed,” he said.

On the discrimination of Nigerian seafarers because of the quality of their CoCs, he said: “Every Nigerian that goes to have his or her CoC outside the country already understands the issue of discrimination. It has become a common thing for us. Discrimination against those operating with Nigerian CoCs has become the norm.

Speaking in the same vein, a seasoned seafarer, Capt. Ola Alufa, alleged that NIMASA was responsible for the discrimination of nation’s CoC and subsequent poor remuneration of Nigerian seafarers.

He lambasted the agency for clinging to detrimental clauses in the International Convention on STCW.

Alufa blamed NIMASA for its refusal to expunge the clauses in the International Maritime Organisation (IMO) STCW, which confine Nigerian seafarers to the nation’s shores with limited CoCs.

He opined that leading seafaring nations like Philippine and Netherlands have written to IMO and obtained approvals to expunge the ‘Near Coastal Voyage’ restrictions on the certification of their seafarers.

Alufa also lamented that NIMASA is yet to market Nigerian CoCs to the global shipping community to show that seafarers with the certificates underwent training in tandem with global best practices.

He added: “The agency needs to lift this restriction and the clause responsible for the restrictions. Other countries have expunged this clause and one of those countries is Netherlands. Nigerian seafarers must be exploited everywhere in the world, they must be able work on different vessels.”