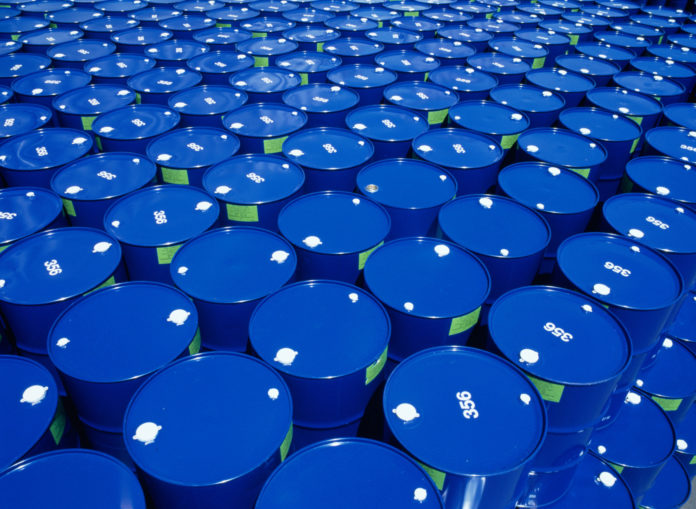 The oil price rout could not come at a worse time for Nigeria.

Africa’s largest oil producer was already struggling to find buyers for its oil as demand from Europe, home to its largest customer base, has been down sharply, exacerbated by the COVID-19 coronavirus outbreak, which is spreading fast in the region.

With oil prices having shed almost 30 per cent in value in the last few days, Nigeria will have to heavily discount its barrels as it finds itself in a dog-eat-dog oil trading market.

Oil prices plunged as Saudi Arabia and Russia embarked on an oil price war after OPEC and its allies failed to agree to extend their production cuts despite weak fundamentals.

The Group Managing Director of the Nigerian National Petroleum Corporation (NNPC) said Wednesday that over 50 cargoes of Nigeria crude loading in late March and April were unsold.

This represented more than 70 per cent of its total oil exports and puts the country in a very difficult spot. Nigeria’s crude and condensate exports have averaged around 2.05 million b/d to date in 2020, according to S&P Global Platts estimates.

“Due to the coronavirus pandemic, Nigeria has about 50 cargoes of crude oil that have not found landing… this implies that there are no offtakers for them for now due to drop in demand,” Mele Kyari said.

Traders said NNPC will have no option but to push down prices for its crudes in the coming weeks and months to clear the overhang.

“Saudi is the cheapest barrel on Earth at the moment and West African crudes [Nigeria, Angola] have to discount to compete with sour barrels,” a third trader said.

Bonny Light was assessed at a premium of 50 cents/b to Dated Brent on Wednesday, its lowest level since October 28 last year, Platts data showed.

Kyari said Nigeria’s crude cargoes had been stranded due to the higher selling price compared with its fellow OPEC members like Saudi Arabia and Iraq, which could afford to offer discounts of around $5-$8/b to buyers.

“It means that when crude oil sells at $30/b, countries like Saudi Arabia are selling at $22/b and Iraq is selling at $25/b,” Kyari said.

The quality of Nigerian crude, however, is very different to Saudi crude.

Nigeria’s crude oil is light and sweet; low in sulfur and yields a generous amount of diesel, jet fuel and gasoline, which are the most profitable products for global refineries.

Saudi crude, while being medium and sour, is popular among the world’s key complex refineries as it is considered economical, providing refiners with good cracking margins.

But in a well-supplied market, refiners have a lot of choice, and buyers are scrambling for the cheaper sour barrels rather than the more expensive sweeter barrels.

The unsold crude cargoes include some that have already loaded and are floating toward Europe without buyers, alongside others set to load in March and April that were struggling to find homes, according to trading sources.

The quantity of unsold oil loading in March and April is somewhere between 50 million to 60 million barrels over this period, according to Platts estimates.

“Nobody is buying, and [Brent] structure is not deep enough to store,” a trader said. The lack of demand had put downward pressure on prices, and this was intensified by the drop seen in global crude prices over recent days,” a trader said.

The outlook had worsened further with a spike in the cost of freight Tuesday and Wednesday, according to sources.

“Differentials could be hit by several dollars; I think Bonny Light is [close to being] in negative territory,” the first trader said.

The fall in demand is also affecting the gas and LNG markets, in which Nigeria is also a key exporter. Over 12 LNG cargoes are also stranded “with no hope of being purchased because there is an abrupt collapse in demand associated with the outbreak of coronavirus,” Kyari added, according to an NNPC statement.

Kyari was speaking during a meeting held by the committee set up by President Muhammadu Buhari to review oil price assumptions in Nigeria’s 2020 budget, which has come under threat following the dramatic crash in the value of crude.

Kyari said Nigeria would now target slashing the cost of production to around $5/b, from the current range of $15-$17/b, if the country’s crude must remain competitive in the global market.

Nigeria faces the grim prospect of sliding into recession due to the crash in oil prices.

The country’s 2020 budget was based on oil production of 2.18 million b/d and an official selling price of $57/b, before OPEC its allies failed to agree on a response to falling demand caused by the global spread of coronavirus.