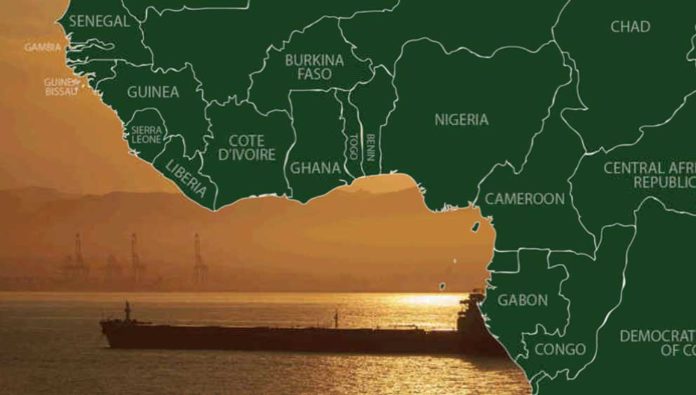 As International oil companies (IOCs) grapple with a historic plunge in crude prices, a rise in piracy is will also threaten the supply chains.

The first quarter of 2020 saw a spike in piracy around the world, with 47 attacks compared to 38 for the same period last year, according to the International Maritime Bureau (IMB).

The Gulf of Guinea, a key production hub surrounded by eight oil exporting countries in West Africa, emerged as a global hotspot, accounting for 21 attacks so far this year, and 90% of all kidnappings at sea in 2019.

Most of the attacks occurred in the Nigerian waters, and are expected to rise in 2020 and 2021, and expand further into neighbouring states, thereby posing serious concerns for shipping and IOCs, according to research by political risk consultancy, Verisk Maplecroft.

The number of crew kidnapped off the Gulf of Guinea climbed 50% to 121 in 2019, up from 78 in 2018, and the Gulf has now surpassed more well-known areas such as the Strait of Malacca – a waterway which separates Malaysia and Singapore from Indonesia – to become the global hotspot.

“The prospect of international assistance is equally remote, as international shipping routes avoid the Gulf of Guinea. Both regional shipping and oil and gas operators should expect further disruptions to supply chains, export routes, and increased costs as more ransom payments will be necessary to liberate crews.”

Around 60% of incidents in 2019 occurred in the Nigerian territorial waters, specifically in the areas surrounding the Niger Delta, and, to a lesser extent, the shipping hub of the Port of Lagos. Raymakers highlighted that the socio-economic factors underpinning these incidents were unlikely to change.

While pirates traditionally limited their operations to raiding oil tankers to sell at the black market, the collapse of the oil prices in 2015 forced them to alter their strategy, refocusing their efforts on abducting crews for ransom, Raymakers said.

Unlike their Somali counterparts, pirates in the Delta do not have use of secured ports or beaching areas for captured ships, which limits their ability to hold a vessel or its contents for ransom, and means operators in the region therefore rarely lose ships or cargo. However, they do face delays and increased costs due to the disappearance of the ship’s crews and subsequent ransom payments.

“IOCs like Shell, ExxonMobil, Total, Chevron, and Eni operating out of Gabon, Equatorial Guinea, and Nigeria, are particularly at risk of experiencing sporadic, yet highly disruptive instances of piracy in their supply chains,” Raymakers said.

“While many have learned lessons from developing comprehensive security structures in order to protect their assets and personnel in Nigeria, smaller supply and service companies will be highly exposed to expanding piracy risks.”

Given the recent collapse in global oil prices due to falling demand, Verisk anticipates that pirates are likely to attempt to board static tankers used as offshore storage facilities for unsold production. The ships’ crews and cargo represent “ideal and relatively simple targets for pirates.”

The indiscriminate nature of the abductions means that pirates are likely to target IOCs’ supply chains and oil shipments leaving export terminals in the Niger Delta, as evidenced by the abduction of seven crew members on the ExxonMobil-contracted supply vessel, Zaro, off the coast of Equatorial Guinea in December 2019.

IOCs will also have to contend with the risk that pirates will seek to abduct workers, particularly expatriates, directly from oil platforms in the Niger Delta.

Three employees of Acme Energy Integrated Services Limited, which owned and managed the rig and was working on NDPR’s drilling campaign, were kidnapped, and nine others injured when unknown gunmen attacked on April 26, 2019. The three kidnapped workers were released without harm on May 28, 2019, NDPR confirmed.

“Indeed, pirates have easy access to high speed crafts and a plethora of small arms giving them the firepower and agility to conduct such operations,” Raymakers explained.

Therefore, it is no gainsaying that the company, which has been working tirelessly and quietly mitigating all pirate-associated risks in collaboration with the Nigerian Navy at no cost to the Government, is rendering its services to desired clients, who are willing and happy to do so.