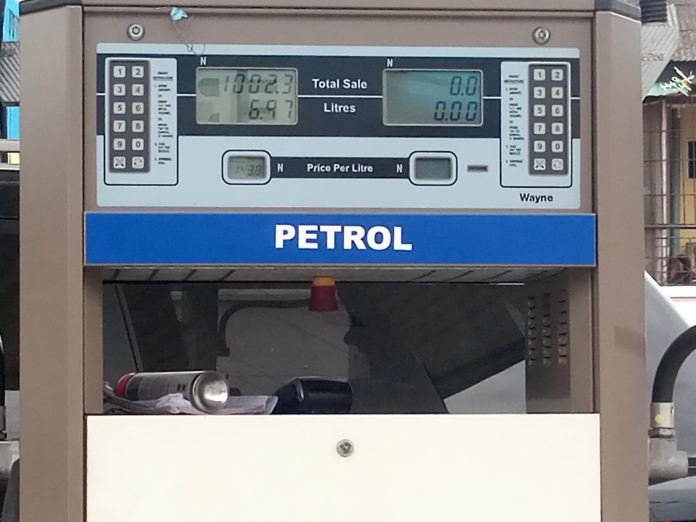 Less than 24 hours after the latest increase in the pump price of petrol by the Petroleum Products Pricing Regulatory Agency (PPPRA), Nigerians are amazed at how quickly fuel marketers have adjusted their dispensers from NGN123.5 to NGN143.80 per litre.

In stark contrast however, when in March 2020 the Federal Government announced a reduction in the retail price of petrol from N145/litre to NGN125/litre, several petroleum products retail outlets, NNPC inclusive, failed to comply with the directive claiming that they were yet to dispense of the old stock of NGN145 and could not sell at NGN125 as such would amount to huge losses on their part.

The computation of the new retail pump price of petrol was based on the Agency’s pricing modulating template which showed that slowing global crude oil demand, resulted in a 30 per cent drop in the expected open market price (EOMP) of petrol below the approved retail pump price cap of N145 per litre.

After the first review in March, petrol price was further reviewed to N123.5 per litre effective April 1, 2020.

While the PPPRA has continued to release updated petrol guiding price at the start of each month, consumers of the product have noted a deliberate pattern by oil marketing companies to delay the adjustment of prices at the pumps, whenever prices are reviewed downwards.

With PPPRA’s release of the latest guiding prices for the month of July which saw a 16.4 per cent increase in the pump price of petrol from NGN123.5 to NGN143.80 per litre, most petroleum retail outlet operators wasted little time in adjusting their pumps to reflect the new higher prices.

Investigations by M&P Nigeria revealed that most petroleum retail outlets in Lagos adjusted their pumps immediately after the announcement, despite still selling old stock purchased at the previous ex-depot price of N108/litre.

Following the PPPRA’s announcement on Wednesday, M&P Nigeria visited select retail outlets along the ever busy Funsho Williams Avenue in Surulere and some parts of the Apapa-Oshodi Expressway to assess compliance. Investigations revealed that less than 12 hours after the new price band was announced, Conoil Plc Ojuelegba, Ardovah Plc Moshalashi and MRS Plc Alaka, all in Surulere, Lagos, had adjusted their pumps to reflect the new price. M&P Nigeria also confirmed from attendants at the outlets that they had not received new cargoes of products in the last 48 hours.

A customer who gave his name as Henry Nwankwo urged the federal government to ensure that filling stations do not short-change the public to make unwholesome profit from racketeering.

“If the pump price was reviewed further downwards, it would have taken these people over 48 hours to start selling at the approved price. The Federal Government should come down hard on these people if not they will continue to exploit the people. We cannot remain silent on this,” he said.

Another motorist who preferred to remain anonymous accused the petroleum retail outlet operators of dishonesty. He said that while most of them refused to adjust their pumps, citing abundance of old stock, this time around, they were quick to reflect the new price, even when they had not exhausted old stock already available in their underground tanks.

“The thing that irks me the most is that since this new price band model came into play; I have never seen any filling station selling fuel at the lower price range. All the filling stations I have bought fuel from in the last three months have always sold at the maximum price,” he added

He called on the regulatory authorities to work out a strategy to give room for operators to completely sell off old petroleum stocks before approving new price bands. He also advised Nigerians to come to terms with the fact that under the pricing new model, the rise and fall of global crude oil prices go a long way to determine what the pump price of petrol in the country will be.

Reacting to the price increase, a professor of Capital Market and Head of Banking and Finance Department at the Nasarawa State University, Keffi, Uche Uwaleke said: “Until we develop the capability to refine enough crude oil for domestic consumption, the pump price of PMS will continue to be exogenously determined. This is the sad reality.”