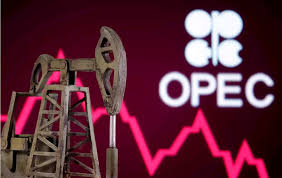 …Nigeria, other violators have until June 22 to detail cuts

Nigeria, Angola and other signatories to the OPEC+ agreement have been given until June 22 to declare and submit their compliance plans, according to a monitoring committee tasked with tracking compliance with the OPEC+ production cut accord and assessing market conditions.

“The committee stressed that the attainment of 100% conformity from all participating countries is not only fair and equitable, but vital for the ongoing and timely rebalancing efforts and helping deliver a sustainable oil market stability,” the OPEC+ Joint Ministerial Monitoring Committee said in a draft statement after meeting online June 18.

Nigeria has said it was ready to make additional oil output cuts from July to September to compensate for producing more than its quota in May and June, when OPEC and its allies implemented a deal to curb supply by record.

“Nigeria reconfirms our commitment under the existing agreement and also subscribes to the concept of compensation by countries who are unable to attain one hundred per cent conformity in May and June to accommodate it in July, August and September,” the Federal Ministry of Petroleum Resources said in a statement on Twitter.

The agreed cut for Nigeria is about 417,000 barrels per day, which is about 23 per cent of the country’s production. However, Nigeria’s crude production stood at 1.61mn b/d in May, a full 200,000 b/d above its May-June Opec+ 1.41mn b/d output quota, according to the Ministry, which cited data from the Nigerian National Petroleum Corporation (NNPC).

Iraq and Kazakhstan have submitted their plans to the OPEC+ alliance on how they will implement deeper oil production cuts in the coming months, following through on pledges to make good on violating their quotas in May.

The statement did not detail the exact schedule of cuts for Iraq and Kazakhstan. The deal calls for the compensatory cuts to be made over July-September. Ministers for both countries did not immediately respond to requests for comment.

Kazakh energy minister Nurlan Nogayev had said June 9 that his country pumped 3.13 million barrels over its quota over May 1-12.

Iraq produced nearly 600,000 b/d over its quota in May, according to Platts latest survey of OPEC output, and oil minister Ihsan Ismaael said June 15 that crude exports in June had already been slashed in an effort to comply with the deal.

The OPEC+ alliance’s overall compliance with the cuts was 87% for May, the committee said.

OPEC and 10 allies are in the midst of a 9.7 million b/d production cut agreement aimed at speeding the oil market’s recovery from the coronavirus pandemic. The cuts are set to run through July, with the JMMC meeting monthly to adjust the quotas as needed.

No decisions were made on August cut levels, delegates said, with the market outlook still uncertain.

“We are committed to a common goal — balancing the global oil market,” Russian energy minister Alexander Novak said in his opening remarks at the JMMC meeting .”Everyone understands that we are not yet close to reaching a sustainable recovery.”

Saudi Arabia, the UAE, Kuwait and Oman have agreed to implement an additional voluntary 1.2 million b/d cut for June but have said they do not plan to continue those in July.

The nine-country JMMC is co-chaired by Saudi Arabia and Russia, the OPEC+ coalition’s largest producers.