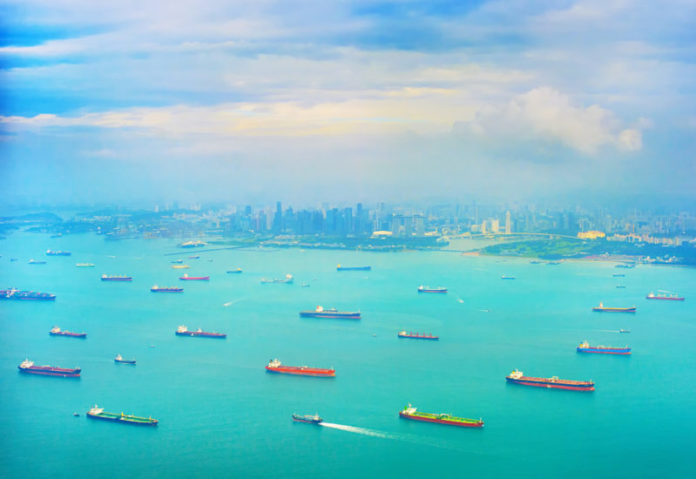 The growing surplus of oil on world markets has traders racing to find supertankers to use for storage, pushing rates for the mammoth vessels sharply higher even as prices for crude continue to dive.

“We’ve reached a point where there must be some kind of halt in production to suck up the glut,” said a tanker broker in Singapore. “It’s the first time ever that we get more calls to book ships to store oil than to move it.”

A Journal survey of 16 tanker owners and data from brokers showed about 100 of the world’s 815 very large crude carriers, each of which can hold around 2 million barrels of crude, were contracted over the 12 days ending Tuesday, helping keep prices for VLCCs at high levels.

Robert Hvide Macleod, chief executive of Norway-based Frontline Management AS, one of the world’s biggest tanker owners, said average daily freight rates for VLCCs are hovering at around $150,000, compared with average rates of about $10,000 a day in April 2019.

“The world is oversupplied and oil basically only has one place to go when land based is full and that is tankers. Charter periods are mainly six months and more,” said Mr. Macleod.

U.S. crude-oil futures on Monday dropped below zero for the first time ever, a reflection of the dwindling capacity for storing crude and oil demand tumbling because economies around the world are locked down to slow the spread of the coronavirus.

Shipping brokers in Singapore and London said they are also handling dozens of storage requests for smaller tankers.

A senior executive with the International Energy Agency who asked not to be named said that up to 15% of total tanker capacity could be made available for floating storage, providing space for the equivalent of around 320 million barrels of oil. The previous peak of crude stored on tankers was in 2009, when around 100 million barrels of crude were in floating storage.

Daily freight rates are far above the average $25,000 daily break-even costs for VLCCs, but shipping executives say they expect the windfall won’t last long because crumbling oil prices will push producers to slash output in the coming months.

“The window for strong tanker earnings closes by the end of the month when production cuts start to play out,” said Peter Sand, chief shipping analyst at BIMCO, a shipping industry trade body.

Traders buying up tanker space are betting that reduced output and a potential reopening of economies in the coming months will give them an upper hand in a market rebound.

Members of the Organization of the Petroleum Exporting Countries (OPEC) and other oil producers have agreed to cut production by 9.7 million barrels a day in May and June, but Saudi Arabia could slash production earlier after Monday’s market meltdown.

Brokers and analysts said U.S. refiners have been the most active in cutting crude cargoes but some refiners in Europe may have no choice but to shut down for a short period to bring some balance between supply and demand.

The surge in storage on land, meanwhile, is extending to other refined petroleum products as demand for aviation fuel, gasoline and diesel collapses.

London-based shipbroker Clarkson PLC said average daily earnings for large product tankers that carry refined products are at a record high of around $83,000 a day.