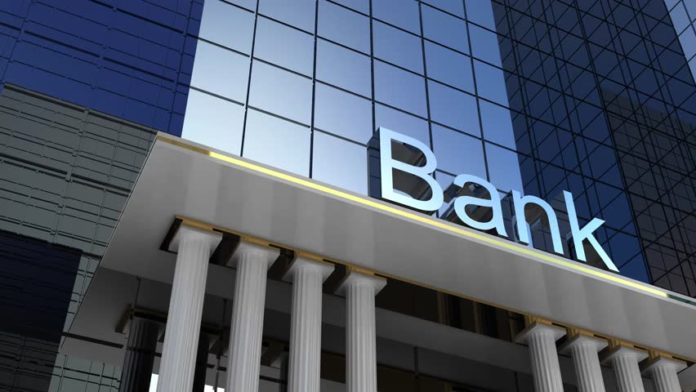 West Africa’s major banks could suffer a spike in loan defaults as lower oil prices and the acute economic impact of the coronavirus pandemic hits the region, analysts said.

In Nigeria, Africa’s biggest oil producer and fourth-largest banking sector by assets, lenders are heavily exposed to the energy sector. Lending to oil and gas companies represents around 40% of Nigerian banks’ loan assets, according to financial research group Proshare Nigeria, while Fitch Ratings said that as of September 2019 oil and gas accounted for about 30% of Nigerian banks’ gross loans.

For Ecobank Transnational Inc., which is Togo-based but has a subsidiary in Nigeria, lending to oil and gas companies accounts for 18% of its loan book. 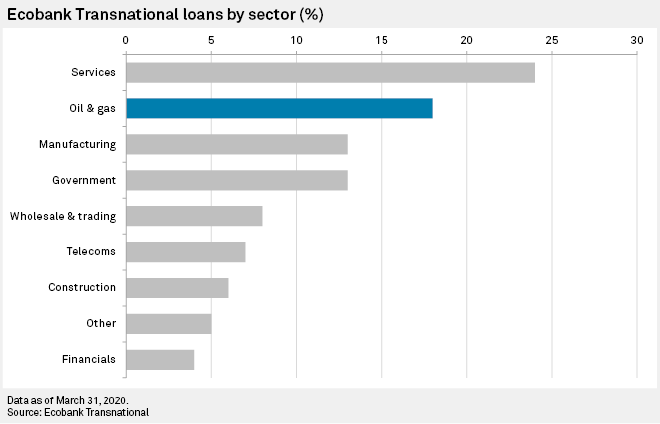 “The banking sector is exposed to inherently high economic imbalances because of Nigeria’s reliance on oil and its sensitivity to currency depreciation and high inflation. This leaves banks vulnerable to asset-price shocks and asset-quality problems,” said S&P Global Ratings credit analysts.

Asset quality
Ecobank Transnational warned in April that its 2020 earnings “could be adversely affected by higher provisions and lower revenues.”

“More than half of Ecobank’s stage 2 loans are restructured oil and gas exposures in Nigeria,” Fitch Ratings said in a May report as it downgraded the bank.

As for Nigerian banks, their aggregate nonperforming loan ratio fell to 6.6% in April from 11.0% a year earlier, according to the central bank’s most recent data.

Lenders in Nigeria are having to restructure up to 40% of their loan books, according to Stanbic-IBTC estimates, making lending terms favorable for corporate and retail borrowers in order to reduce the likelihood of default. Such initiatives may be welcome, but they risk concealing the true extent of corporate distress, said Muyiwa Oni, regional head of equities research at Stanbic-IBTC in Lagos.

“Even if impairments don’t increase, interest income will fall because loan payments are being suspended or banks have cut rates in order to be more accommodative for their customers,” said Oni.

“Fee income will also be greatly reduced because trading companies — importers and exporters — are disrupted due to the pandemic.”

Cash flow problems
Government lockdown measures to contain the virus have halted many companies’ operations, especially in Lagos and Ogun state, causing in May the first contraction in the manufacturing Purchase Managers’ Index in 36 months, according to the central bank.

“Companies’ supply chains have suffered major difficulties and they’ve either shutdown fully or partially. The adverse consequences of the pandemic on the real economy will translate into pressure on banks’ earnings.”

The oil and gas and power sectors are most likely to default on loans, Shitta-Bey said.

Banks themselves are constrained in cutting costs after the central bank prohibited them from laying off staff. Wages account for about 35% to 40% of banks’ expenses, Stanbic said.

Zenith, the country’s second-largest lender, had 2.74 trillion naira of loans as of March 31, of which one-quarter was to upstream and downstream oil and gas companies. 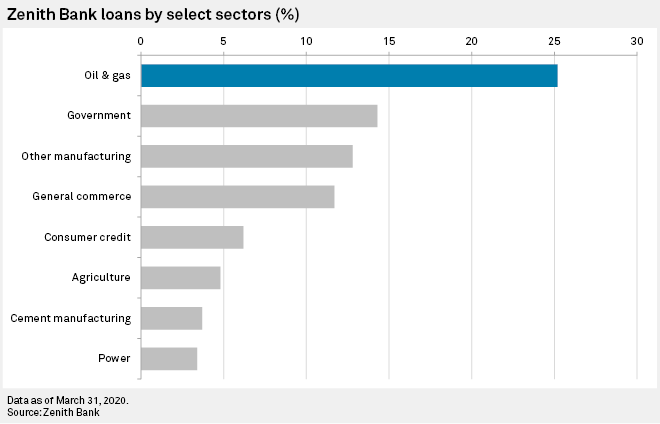 Defaults in Ghana
Ghana’s two biggest banks — GCB Bank Ltd. and Ecobank Ghana Ltd. — do not provide a breakdown of their lending. The pair both reported double-digit increases in first-quarter profit as net interest income surged.

Amid the pandemic, the government warned in May that it was facing a funding shortfall due to lower revenue and higher spending. The finance ministry expects Ghana’s economy to expand 1.5% in 2020, down from its forecast of 6.8% prior to the pandemic.

Ghana’s banks were relatively well prepared for recession following central bank-led consolidation that reduced the number of lenders to 23 from 34.

In mid-March, the central bank cut banks’ primary reserve requirement to 8% from 10% and the capital conservation buffer to 1.5% from 3% in order to help ease lenders’ liquidity constraints.

The regulator also gave banks more leeway in terms of classifying bad debt, which remain stubbornly high — the sector’s NPL ratio was 18.1% in June, according to central bank data.

Kwesi Boti, an economist at Accra-based Databank, said defaults from the hospitality and construction sectors, which both rely on banks for financing and have come to a near-standstill due to the pandemic, are a prime cause of defaults.

“They’re taking huge hits and state spending is now being redirected to healthcare and other vital sectors — the government isn’t funding construction projects as much,” said Boti.

“So long as uncertainties remain, debt servicing in these sectors will be difficult. NPLs could increase further in the near term, but I see that as a temporary issue rather than a structural economic problem.”