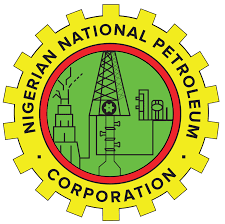 The Nigerian National Petroleum Corporation (NNPC) has announced the suspension of the Power Purchase Agreement (PPA) for the Ajaokuta-Kaduna-Kano gas pipeline project.

The AKK project was conceived to ensure that economic challenges being witnessed in the northern region due to shortage of gas supply were addressed.

The COO disclosed that the inability of the NNPC to come up with a clear revenue collection methodology for power consumed or what he described as the ‘awoof’ mentality of Nigerians led to the suspension of the PPA.

He assured that there was no going back on the AKK project because it must have off takers, adding that when completed, Abuja will have a 1,350MW power plant, Kaduna; 900MW and Kano; 1,350MW.

All these, he said, cannot be achieved if there is no PPA in place. He, however, assured that the NNPC is coming up with a robust solution to address some of these shortcomings because the Nigerian Bulk Electricity Trader (NBET) said it would only do ‘take and pay’ for energy only.

Usman maintained that the NNPC alongside its stakeholders are working toward achieving a forward looking PPA that will be a win-win for all participants in the power sector value chain as against one that is lopsided.

He said Nigerians are used to consumption of electricity without paying for it even as one of the biggest challenges confronting the industry was that of collection losses.

He said government has challenged International Oil Companies (IOCs) for enabling gas for export without doing much for domestic consumption.

‘‘And the answer that came out from that was not that of price. At a certain time in this country, we were selling gas at 50 cents and we ended up a huge debt profile. So my message to this audience is that we should be responsible in our consumption. Once we pay for what we consume, the demand for domestic consumption will significantly increase.

He said the conversation with the IOCs has revealed that they are ready to produce gas so long as they can determine a long term sustainable payment model.

Usman admitted that the country has a big problem in the power sector, saying this informed the promise of President Muhammadu Buhari, that he will the country 10,000MW of additional electricity during his stay in office. He said out of the 10,000MW promised by President Buhari, his office has a mandate to deliver 5,000MW.

He assured that there was no going back on the AKK project because it must have off takers.