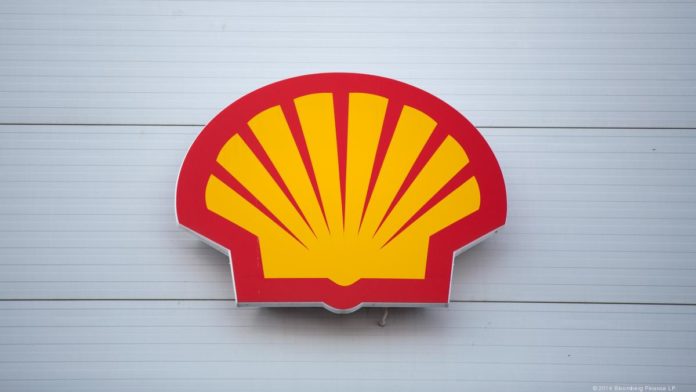 Thousands of Nigerians are asking British judges to give them permission to sue Royal Dutch Shell Plc in London over environmental damage caused by oil spills 3,000 miles away in Africa.

Lawyers for residents of the crude-rich Niger Delta believe a landmark U.K. Supreme Court ruling last year against a London-based miner should set a precedent. Shell, which has blocked the suit twice from entering British courts, says the litigation should be heard in the West African country.

Oil companies are hurting from squeezed profits as the coronavirus pandemic has destroyed demand and pushed prices lower. Adding to its worries, Shell might also face legal battles in the U.K., as well those already underway in the Netherlands, that could expose the firm to higher damages for causing pollution in the developing world.

An April 2019 decision that allowed a group of Zambians to proceed to trial against Vedanta Resources Plc for pollution caused by a copper-mining unit clarifies the law around a company’s duty of care to those affected by operations of a subsidiary, said Robert Meade, an attorney at Bracewell LLP who specializes in oil and gas.

Still, “it does not mean that a parent company might be liable for its subsidiaries’ actions or inaction,” he said.

Daniel Leader, a partner at Leigh Day representing the Nigerian claimants, said the English courts should hold the oil major to account in English courts “for the devastating damage Shell has caused to their communities over many years.”

Nigeria is Africa’s largest oil producer, and depends on crude for about half of government revenue and 90% of export earnings. However, thousands of spills over decades have destroyed the livelihoods of fishing and farming communities in the southeast of the country, including more than 40,000 people from the Bille and Ogale communities who are trying to force Shell to pay compensation and clean up.

While the two communities have been hurt by spills, a spokesperson for Nigeria-registered Shell Petroleum Development Co. said that most are caused by oil theft, pipeline sabotage and illegal refining. Despite preventative measures such as cages around wellheads and community engagement, SPDC says it saw a 40% rise in spills over 100 kilograms related to theft and sabotage last year compared to 2018.

Amnesty International in 2018 questioned Shell’s claims concerning the cause of spills, finding the company likely understated the number attributable to “operational” faults. SPDC, the operator of a joint venture that includes Nigeria’s state oil company as the majority shareholder, denied the allegations.

Following an earlier hearing in the U.K., the judge said “the court has to be very careful before passing qualitative judgments on the legal systems of other sovereign nations.” He said he’d seen no evidence the Nigerian judiciary wasn’t taking “concrete and effective steps to improve the speed with which cases such as this one are dealt with.”

But Leigh Day says there is “sadly no prospect of justice in Nigeria.”

Impoverished Nigerians have minimal chance of success against deep-pocketed oil companies in overburdened domestic courts, according to local lawyers and activists.

“Our legal system is so enslaved to procedure and technicalities and, of course, the multinationals have mastered this,” said Iniruo Wills, a former environment minister in one of Nigeria’s oil producing states who is representing several communities against SPDC. “It’s very rare to find a judge who can cut through and get to the meat of the matter.”

Erabanabari Kobah, an environmental scientist and campaigner, said companies are less interested in winning pollution cases than “filing frivolous processes to frustrate you, to make sure that you cannot access justice,” he said.

The accusations brought by the communities should be dealt with in Nigeria, where judges have local knowledge and where the justice system is capable of dealing with the claims, SPDC’s spokesperson said.

Although two English courts ruled the Ogale and Bille communities failed to show that Royal Dutch Shell had sufficient control over SPDC, the Supreme Court’s subsequent dismissal of Vedanta’s bid to prevent a trial in the U.K. has provoked new hope.

“The Vedanta decision is entirely applicable to Shell,” said Mark Dummett, Amnesty International’s head of Business and Human Rights. Allowing the lawsuit to go ahead “would undoubtedly encourage other communities in the Niger Delta to take cases against Shell to the U.K.”

Bracewell’s Meade said a ruling backing the Nigerians would provide an incentive to file in England rather than the original country.

“There will be an increase in tort-claim tourism,” Meade said.

Despite the aggrieved communities’ renewed optimism, the Supreme Court isn’t guaranteed to rule once more against the multinational company accused of polluting African land.

U.K. judges look at the level of control a parent company exercises over a foreign unit in every case, and there are “some crucial differences” between the two lawsuits, according to Lucas Roorda, a postdoctoral researcher at Utrecht University’s Centre for Accountability and Liability Law.

The English lower courts found Vedanta “to be much more involved in its subsidiary’s operations” than Shell’s parent company, he said.