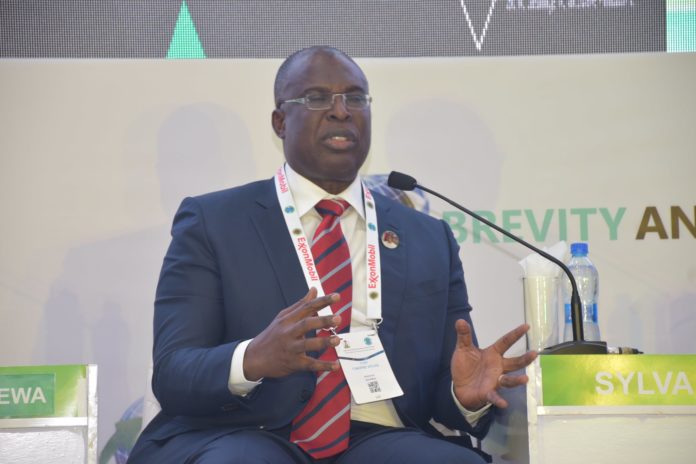 Nigeria’s Minister of State for Petroleum Resources has declared the federal government’s decision to optimise gas as transitional fuel in view of the clamour for greener, cleaner and more efficient energy sources.

Therefore, in a bid to prepare Nigeria for the paradigm shift which has already seen several advanced countries across the world start to move away from fossil fuels, the Minister also launched the National Gas Transportation Network Code (NGTNC), a set of guidelines that will grant open access to third party use of pipelines and remove barriers affecting investments in gas transport infrastructure.

Chief Timipre Sylva expressed concern that while Africa bears the brunt of the effects of global carbon emissions, the bulk of the Green Climate Fund goes to Europe, Asia and others where it may be used to subsidize the development of renewable energy at Africa’s expense.

He said that due to the changing dynamics of global energy demand, it had become imperative for Nigeria to completely monetize its gas resources so as to remain relevant when European countries and others eventually become net exporters of cheap renewable solutions.

Delivering the keynote address at the opening ceremony of the third edition of the Nigerian International Petroleum Summit (NIPS) 2020 in Abuja on Monday, Sylva acknowledged that the world was moving away from fossil fuels and investing in renewable energy with dire consequences for oil producers like Nigeria.

Having declared 2020 as “The Year of Gas” for Nigeria, Sylva said that while other forms of fossil fuels contribute significantly to emissions, gas is clean, efficient and environmentally friendly.

“Our position is that gas emits less carbon, it is a cleaner, we have it in abundance and we are going to ensure that we develop gas to become our transitional fuel. We do not believe that renewables can completely take over the energy supply space. In Africa, our advantage lies in gas and we must do what we can to benefit from it,” he said.

According to him, “Gas and its derivatives as envisaged in the National Gas Policy will catalyse Nigeria’s economic growth, while efficient gas transportation infrastructure has to be put in place for the sector to develop.

“We have been trying to make some changes to the fiscal framework but it has been a very herculean task. For over 20 years we have been trying to pass the Petroleum Industry Bill (PIB) just to change those laws, unfortunately, that has not happened but we pray that this situation will change this year,” he said.
He emphasized the need to develop and sustain technical as well as managerial capacities in innovation, operations and management of Nigeria’s gas resources.

Group Managing Director, Nigerian National Petroleum Corporation (NNPC), Mele Kyari admitted it was common knowledge that Nigeria is a gas country and the focal challenge is to ensure that gas is delivered to create value for the country and the rest of Africa.

“This is the Year of Gas. Gas means business and gas means prosperity and ultimately we will deliver gas through the many initiatives we are putting in place. We must also enthrone a transparent fiscal framework that investors can plan with.”

“We are certain that in a very short time, the fiscal framework will provide clarity and certainty, provide competitive terms and a win-win solution for the country and investors who will know that they can recover their costs and get their margins,” Kyari said.

The GMD declared total support for the Minister’s plan to modernise Nigeria’s Petroleum legislation, and confirmed that a progressive PIB could be the catalyst needed for a new wave of investments in Nigeria.

At the official launch of the NGTNC to address infrastructural challenges with gas transportation, Chief Sylva noted that the Nigerian Gas Master Plan (NGMP), the National Domestic Gas Supply Regulation 2008 and the National Gas Policy 2017 all stipulate the introduction of a Gas Transportation Network Code to guarantee open access to all stakeholders.

He revealed that the Code is a contractual framework between the gas transportation network operator and gas shippers that specifies the terms and guidelines for the operation and use of the gas network.

According to Sylva “In line with government’s policy to reinforce and expand gas supply and stimulate demand through the National Gas Expansion Programmes, the Code will provide open and competitive access to gas transportation infrastructure, stimulate the domestic gas market and drive gas-based industrialisation in Nigeria.

The Minister declared that ‘Effective February 10, 2020, the NGTNC shall apply to all gas transportation arrangements between gas transporter and gas shipper as defined in the Code.”

“All new and intending users shall make use of the Network based on the terms and conditions provided in the Code.”

He added that “While the Network Code remains the uniform protocol for users of the Gas Transportation Network and can only be modified in accordance with relevant provisions therein, the Ancillary Agreements are negotiated by the relevant parties.”

Also addressing delegates at the conference, Assistant Director, Domestic Gas Supply Obligation and Distribution, Department of Petroleum Resources, (DPR), Mr Abel Nsa, noted that one of the things to really put the Network Code in perspective is the unbundling of the Nigerian Gas Company (NGC).

“Before now, the Nigerian Gas Marketing Company (NGMC) was embedded inside the NGC and you could envisage a scenario where the NGMC had to buy gas, move gas, ship gas and supply, but now that is completely unbundled.

“The NGC is now the transporter and all it does is to ship gas and get tariffs for moving gas from one place to another. At the other end are the shippers such as major power plants and NGMC among others,” Nsa said.

He revealed that the development of a Network Code for Nigeria is tied to the United Kingdom’s Unified Network Code which had to be domesticated for Nigeria, adding that the protocol to move gas within this network is the Gas Network Code and there are binding agreements that have to be acceded to. The Code will determine how we move gas; determine product specification, as well as gas quality and quantity.

In a chat with M&P Nigeria, President, Nigerian Gas Association (NGA), Mrs Audrey Joe-Ezigbo expressed delight with the launch of the Code after so many years in the pipeline. She noted that one of the priorities around the Code was to remove monopolistic tendencies that had been vested in gas transportation in Nigeria.

While she acknowledged the necessity of putting such infrastructure in place, Audrey called for accelerated maturity of the gas market to help players harness the resource to its optimum potential.

The NGA President however, highlighted some issues that need to be addressed before the Code becomes fully operational.

According to her “The issues that we see include the six-month period within which it is expected that Legacy Agreements will be migrated into the Code. This poses a concern and imperative for a greater level of collaboration because it is not easy to migrate several distinct and diverse Legacy Contracts into a singular contract considering many things that must be unbundled commercially, technically and otherwise.”

“We want to make the infrastructure space profitable enough for anyone to come in and invest so while the Code has one transporter, it is predicated on the idea of encouraging private sector investments in pipeline operations.”

“We also have to pay attention to issues that surround the Code, pricing is one, and another is that the sanctity of contracts has to be respected to avoid conflicts in the implementation. There is going to a multitude of contracts embedded in this overriding and overarching Network Code and if we do not follow the rules of those contracts, even in the process of migration, then we are going to have issues.

She therefore stressed that “The Year of Gas” is not just an expression noting that it calls for players in the value chain, as well as the regulatory and legislative sides, to do the right thing, by engaging in further consultations and implementing a road map that takes cognizance of all these observations.