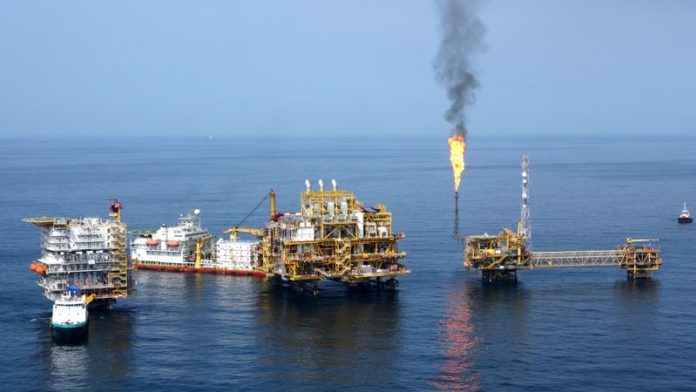 Nigeria has started to ramp up crude oil production, the head of the state-owned Nigerian National Petroleum Corp. said Tuesday, even as the country has been struggling to find buyers with COVID-19 having destroyed demand around the globe.

That came a week after the March 31 expiry of a deal between OPEC and allies to limit output to support prices. On March 6, the parties failed to agree a rollover deal to combat the impact of the coronavirus pandemic.

Since April 1, OPEC members have been able to adopt a pump-at-will strategy in the wake of a 70% fall in oil prices.

OPEC and its allies are in the midst of coordinating new output cuts with the help of other oil producers such as the US, Canada and the US. A webinar meeting is scheduled for Thursday.

Nigeria’s petroleum ministry said it “is prepared to join the rest of the world in making the necessary sacrifices needed to stabilize the crude oil market; and to prevent what is likely to be a major global economic meltdown.”

Nigeria, Africa’s top oil producer, was not totally compliant with its quotas in the recent OPEC/non-OPEC agreements, according to data from the Platts OPEC Survey.

The country has found it hard to curtail its output under the OPEC quotas due to the 205,000 b/d Egina field, which started up in December 2018.

The main impact from the pandemic on Nigeria’s oil sector has been on the demand side. Nigerian crude has been struggling to find ample demand in this crisis, Kyari said.

Trading sources have said there were around 15 million-20 million barrels of Nigerian crude unsold in April, around 25% of its total oil exports.

Kyari said prices were not expected to go below the $20/b they approached last week. “I am certain, all things being equal, oil price will bounce back,” he said, adding Nigeria’s crude remained the target of refiners in Europe and Asia.

“The key issue in crude oil business is market fundamentals of demand/supply. I believe COVID-19 will subside and countries will come back to life.”

Nigeria’s crude oil is light and sweet — low in sulfur and with a good yield of diesel, gasoline and jet fuel, which are the most profitable products for global refineries.

But with demand for petrol and jet fuel in the doldrums, Nigerian crude values have plunged dramatically. Bonny Light was assessed at a discount of $4.85/b to Dated Brent on Wednesday, its lowest level since at least July 2001.

At the start of the year, Bonny Light was trading at a premium of $1.70/b to Dated Brent, Platts data showed.

The OPEC member is hoping to cut its benchmark oil price assumption in its budget to $30/b from $57/b following recent events.

Kyari said Nigeria had 2.6 billion liters of petrol in stock which would serve the country’s needs for the next two months, with no disruptions expected in its supply and distribution value chains.

Gasoline demand in Nigeria has fallen sharply as parts of the country have been in lockdown since last week.

Last week, Nigeria cut its domestic pump price for petrol for the second time in a month to Naira 123.50/liter (33 cents/liter) — one of the lowest prices globally — from Naira 145/liter early March.

The regulator Petroleum Products Pricing Regulatory Agency, which sets domestic pump prices, has said that prices would be reviewed monthly and adjusted depending on fundamentals in the international market.

Nigeria had maintained a capped pump price of gasoline, which is bought on the wholesale market on a dollar-denominated basis, at Naira 145/liter since May 2016. The government then pays a subsidy — the difference between the landing cost and the regulated pump price.

Nigeria imports almost all the gasoline it consumes locally due to the poor performance of the four state-owned refineries.