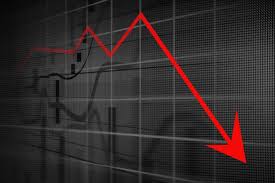 As countries of the world continue to battle the spread of coronavirus, oil prices crashed below $20 amid a supply glut on Monday.

Brent crude fell to $22.58 per barrel at one point on Monday, its lowest level since November 2002.

The price of oil has sunk to levels not seen since 2002 as demand for crude collapses amid the coronavirus pandemic, analysts said.

The price of U.S. West Texas Intermediate (WTI) fell below $20 a barrel, close to an 18-year low.

Since the outbreak of the coronavirus, oil prices have fallen by more than half as companies cut back or close production.

The crash in demand amid supply glut was made worse when a price war broke out earlier this month between OPEC and its allies. Saudi Arabia failed to convince Russia to back production cuts that had been agreed with the other members of the OPEC oil producers’ group.

The decision came as refineries around the world are processing less crude oil and demand for transport has been hammered by grounded airlines. Similarly, fewer cars are on the roads as countries bring in tougher measures to fight the coronavirus outbreak with lockdown of major cities.

On Sunday, the Nigerian government issued a lockdown directive in Lagos, Ogun and the Federal Capital City, Abuja, as part of measures to contain the virus.

The fiscal deficit of the budget was put at N2.28 trillion while the deficit to Gross Domestic Product (GDP) ratio was 1.52 per cent.

The two major key assumptions upon which the 2020 budget was premised are a crude oil production of 2.18 mbpd and oil price benchmark of $57.

The crash in prices, however, forced the government to make significant changes to its budgetary projection.

Earlier in the month, the government adjusted its 2020 budget amid measures to contain the effect of the outbreak of coronavirus on the nation’s economy.

The Minister of Finance, Budget and National Planning, Zainab Ahmed, said the government will implement a 50 per cent cut in revenue from privatization proceeds. The government also announced a cut in crude oil benchmark price, down to $30, while crude oil production remains at 2.18m barrels per day as earlier contained in the budget estimates.

Despite significant adjustments in budgetary projections, analysts are worried that Nigeria may slip into depression amid fear of global recession.

In the midst of the uncertainty, oil prices continue to drop as the impact of the coronavirus epidemic bites harder across the world. Nigeria faces the challenge of seeking buyers for its unsold crude.

Last week, reports said Nigeria cut its official selling price of crude oil to record lows as the country looks to clear a glut of unsold April-loading cargoes before announcing its May programme.

According to Reuters, the Nigerian National Petroleum Corporation (NNPC) cut its April official selling prices for Bonny Light and Qua Iboe by US$5/bbl.

On Monday, an analyst told the BBC that a collapse in demand from the measures taken to counter the spread of coronavirus was now the main factor in the global oil market.

“Oil prices failed to keep pace, with growing (coronavirus) lock-down measures and reports that this could drive global demand down 20%, potentially pushing the world to run out of storage capacity,” said Morgan Stanley analyst Devin McDermott, citing a forecast by the Paris-based International Energy Agency.

Reports said shale oil producers in the U.S. have been particularly hard hit by the slump in prices since early March, amid growing calls for the U.S. to suspend royalty payment fees from drillers and buy more oil to fill the U.S. Strategic Petroleum Reserve. The U.S. is now the world’s top oil producer.

The biggest impact will be felt by countries who rely heavily on the oil they produce for income. Nigeria, Algeria and Libya need oil to be close to $100 per barrel to balance the government’s books.