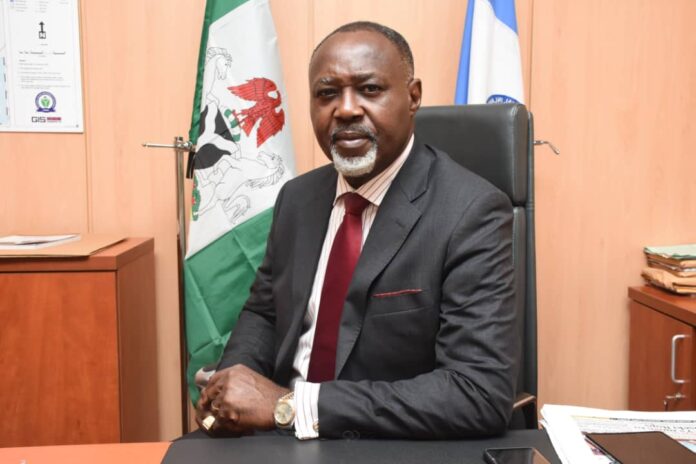 The Managing Director of the National Inland Waterways Agency (NIWA), Dr. George Muoghalu has stated that the agency is undergoing massive reforms under his leadership.

He expected that the ongoing reforms would regulate activities in the Nigeria Waterways and also earn the federal government revenue.

The General Manager, Corporate Affairs, Mr. Jibril Darda’u stated this on behalf of Moughalu, during a media briefing in Onitsha, Anambra State, saying that various revenue windows that were previously ignored have been activated, while leakages in revenue have been plugged.

He added: “Moghalu, had, since assumption of office championed lots of reforms. He has insisted that NIWA won’t tolerate incessant boat mishap due to negligence of boat operators and non-adherence to safety compliance, including wearing of life jackets and overloading.

“He vowed to sanction defaulters of land waterways safety guidelines. Because life of any Nigerian matters a lot to him, the agency as a regulatory body can’t just fold its arms and watch reckless boat operators jeopardising the lives of Nigerians.

“Just at the weekend, he commissioned 36-seater ferry boat at Yelwa-Yauri in Kebbi State. Two weeks ago, he had a stakeholders’ meeting with boat operators in Lagos targeted at addressing boat mishap.

“Besides, he has clearly stated that the issue of revenue collection would no longer be business as usual. What is due for government must go for it. As a law abiding citizen, he insists that NIWA laws must be strictly adhered to.”

Speaking on the current crisis between the Agency and the Incorporated Trustees Board of Sand Miners in the state, which led to the later protesting in Onitsha, over multiple taxation was because the agency had insisted on ensuring that all revenue accruing to government was not fail to get to it.

“What the Incorporated Trustees of the Sand Miners are doing is merely distractions targeted at smearing the image of the Managing Director, who, since assumption, had introduced series of reforms to restore sanity in the system.

“Agency’s activities are covered by the act guiding it, so we will not join issues with the sand miners since the matter is still in court.

“NIWA under Moghalu is law abiding and would not go contrary to the act guiding it. The issue is not about Moghalu but NIWA’S laws which has been in existence before Moghalu came on board and will continue even after him.

“Those using those Incorporated bodies of the so-called miners that have nothing to do with NIWA to blackmail Moghalu won’t succeed. His commitment to right the wrongs in the Agency won’t be distracted.