“Define success on your own terms, achieve it by your own rules, and build a life you’re proud to live.” – Anne Sweeney (former Co-chair, Disney Media)

At the graceful age of 60, Mrs Mfon Ekong Usoro has undoubtedly cemented her place as an astute professional in admiralty law and maritime administration in Nigeria and on the African continent. With a sterling 30-year career to her credit, she has nurtured a technical prowess that has earned her top appointments in regional governmental bodies and institutions on the continent. She currently holds the dual positions of Secretary General of the Abuja MoU and Chairperson, Akwa Ibom State Technical Committee for the Realization of Ibom Deep Sea Port (TC IDSP). In this diamond birthday anniversary piece, the Icon shared insights on some personal and professional experiences. See excerpts.

For many stakeholders in Nigeria’s maritime industry, Mrs Mfon Usoro’s appointment as the apex officer of what had become Nigeria’s designated maritime regulatory administrator in 2006 was unprecedented in a male dominated space.

However, that which seemed like a superlative achievement to most watchers, was in her view, nothing short of the expected trajectory established by her loving yet very strict parents.True to her character, she forged ahead to, among other accomplishments;midwife the Coastal and Inland Shipping Act of 2003 otherwise known as the Cabotage Act, a landmark legislation and building block for a viable maritime industry in Nigeria.

Before the spotlight however, Usoro, who was born, grew up and educated all in Calabar, conceded that the early stages of her life were relatively unexciting until marriage took her Kaduna, in northern Nigeria. Ironically, her first degree was in Sociology from the University of Calabar, but law had always appealed. Therefore, after deferring her dream for reasons including child birth, she eventually studied law and started practicing.

Intrigued by shipping cases and the possibilities they offered, Usoro zeroed in on maritime law and has gone on to drink deeply from the fountain of knowledge. Today, she is an expert in ship finance, ship litigation, policy formulation as well as legislative drafting and advocacy.

Over the years, Usoro’s extensive expertise and technical prowess has topped the executive recruitment and appointment agenda of governments, corporate organisations and international organisations seeking to leverage her reputation and experience to optimise their maritime potential.

At the peak of her range of high profile engagements, Usoro, as earlier mentioned, was appointed as the pioneer Director General of the newly constituted Nigerian Maritime Administration and Safety Agency (NIMASA).

According to Usoro, from her position at the pinnacle of maritime administration in Nigeria her mind was opened to the enormous potential which could transform Nigeria into a major maritime nation.

She observed that at the time, a large percentage of the workforce in the Federal Ministry of Transportation and its agencies were skilled in administration and support services like finance and law. However, there was a just a handful of experts in core maritime transportation skills in both the Ministry and its Agencies. With respect to the private sector, she also noted there was interest in shipping but inadequate incentives to support a thriving shipping industry and little to no experience in shipping operations.

The situation, she says, has improved although at a very slow pace. “A reasonable number have received some form of training but the complaints are that of wrong placements, which means they are unable to put the acquired expertise to good use,” she said.

On her role in the establishment of the Cabotage Act, on which Nigeria’s human capacity development and marine asset acquisition initiative is pivoted, the maritime lawyer reiterates the impact of the policy in the domestic shipping and oil exploration industry.

“I remain happy and proud that Nigeria took a bold step to trigger the development and growth of indigenous capacity in the shipping industry. A good number of Nigerians operating in the oil services transportation space today are beneficiaries of the cabotage regime. The cabotage legislation is just one aspect of the building blocks for a thriving maritime industry. Its major challenge today is that we have not seen the commonality of purpose amongst all the agencies of government that have critical roles in expanding access, attracting capital and investment to the sector,” Usoro declares.

She continues to serve on several boards for multinational businesses, national governments and African sub regional institutions and agencies.

One of such positions is where she is currently serving a second tenure as the Secretary General of the Memorandum of Understanding on Ports State Control for West and Central African Region, (Abuja MoU), a sub-regional inter-governmental agency operating under a cooperation agreement with the International Maritime Organisation (IMO).

Within this period, she has transformed the Agency from being a non-performing MoU to a performing and highly regarded regional port State Control organization with active participation of increased number of member States.

Under her watch, records indicate that the inspection conducted by better trained port State officials on visiting vessels have resulted in a continuous reduction in the use of substandard vessels as owners increasingly make efforts to maintain the vessels in seaworthy and safe conditions to avoid detention.

“The immediate effect of non-compliance is reputational risk of our region, high insurance premium, high freight rate, shortage of supply in the market and high cost of goods etc. We have been successful in creating awareness on the linkage between regulatory compliance and economic development including availability of commodities at affordable cost,” she says.

In view of the impending commencement of the African Continental Free Trade Area (AfCFTA) Agreement, Usoro advises Nigerian representatives at the negotiations to take participation in the process at this stage very seriously and promote our areas of comparative advantage.

“Countries that offer competitive services in cost and quality will emerge the beneficiaries of AfCFTA. South Africa is already poised to dominate in shipping transportation for the simple reason that they have adopted and institutionalized the measures provided for the shipping sectors by major maritime nations including fiscal and skilled manpower initiatives. The immediate result is lower operational cost for shipping companies and cheaper shipping services.”

On the national front, Usoro advocates for a whole-of-government approach to correct systemic dysfunctionalities in the current structure of Nigeria’s transport system. She added that calls for a separate ministry for the maritime industry would encourage and entrench the silo mentality towards development.

“Growing the shipping sector in my opinion is currently perceived as the project of the Federal Ministry of Transportation and its agencies. This is a totally wrong approach and a fundamental fault line. Growing the shipping sector should be a priority project of the Nigerian government which leads me again to the whole-of-government approach I keep talking about. If adopted as a Nigerian project, every agency of government will work to develop and implement policies that open the space for private sector investments in shipping transportation,” she advises.

She urges the Federal Government to adopt shipping as a priority economic sector and create fiscal incentives through the Central Bank of Nigeria (CBN), noting that these are currently non-existent for the shipping transportation sector.

On insecurity in the Gulf of Guinea, Usoro observes that the Nigerian government through the Navy, Federal Ministry of Transportation and its agencies especially NIMASA, have demonstrated commitment to tackle security threats in the maritime space. She adds that “We need to improve in amplifying these tremendous efforts to the world.”

Having risen by dint of her own hard work, it is not surprising that Usoro is an advocate for feminist issues. In her words, “It is important for women to admit that there is gender inequality and that admitting same does not make us appear weak and conversely denial of the systemic gender bias does not increase our chances of acceptability by the male folk where power is concentrated.”

She promotes financial independence, unity among women folk and encourages young ladies to accommodate some flexibility and note that career advancement and marriage are not mutually exclusive goals. “It is possible to have a successful career, be a mother and a wife. If a sister finds that a desirable goal, do not be deterred by the obstacles along the way, stay on course knowing that other women have walked the path and so can you,” she emphasizes. 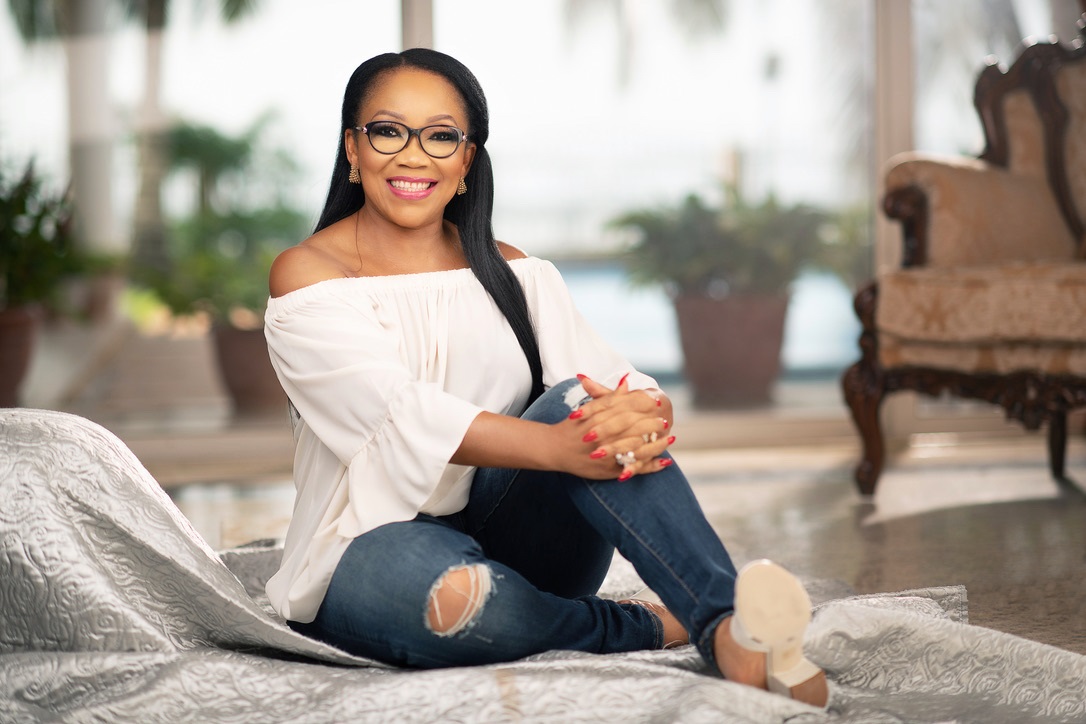 How many people know what it feels like to be married to their childhood sweethearts? Well, Mrs Mfon Usoro should know after investing in and enjoying a loving romantic relationship in a marriage of 36 years and counting. She is passionate about learning, loves adventurous vacations and still finds time to spare for music and movies. Add the joy of child bearing, attending graduations, and recovering stronger from the fire that gutted the Paul Usoro and Company chambers in Lagos, and it is clear that lines have fallen in pleasant places for the Woman, the Pacesetter and the Icon. Happy birthday.