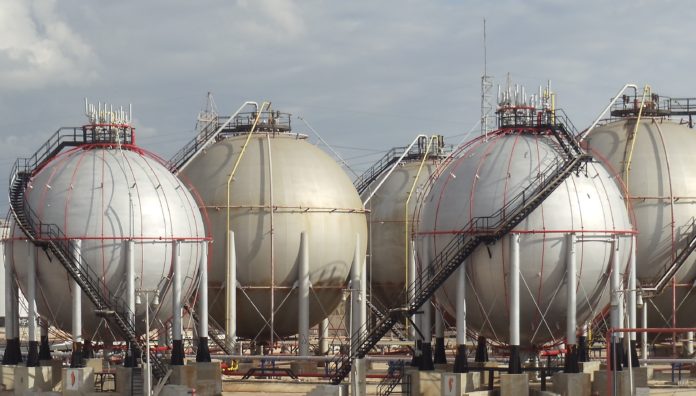 The predominant narrative about deepening the penetration of Liquefied Petroleum Gas (LPG) and absorbing the product into Nigeria’s energy mix has basically revolved around its use as cooking fuel.

However, with emerging global realities and issues around the supply of Premium Motor Spirit (PMS) and other fuels in-country, more stakeholders are gravitating towards adopting LPG for use in industries, power generation and automobiles among other interests.

This idea has received the necessary stimulus triggered by the Presidency’s keen interest in increasing LPG usage and encouraging more Nigeria’s to make the transition from dirty to cleaner fuels for their energy needs.

Furthermore, the global campaign against climate change and reduction of greenhouse gas emissions has made it imperative for Nigeria, a major gas flaring country, to rethink its position on dirty fuels and reduce its carbon footprint.

At the One Planet Summit in Paris on Climate Change Financing in 2018, President Muhammadu Buhari said that the federal government has been strengthening national efforts and tightening existing governance structures for effective implementation of climate change activities. As such, the country has embraced projects which include but are not limited to investments in renewable energy, low carbon transport, water efficiency and sustainable agriculture.

In this wise, Mr Dapo Adeshina, Programme Manager, National LPG Expansion Implementation Plan, seeks to create an LPG economy and develop other areas where the products can displace dirty fuels and generally deepen the market in the shortest possible time.

The plan is to reduce the national energy consumption of petrol and diesel by achieving a 40% fuel switch to LPG in 10 years. The programme will also promote the wider use of LPG as Autogas, in households, power generation and industrial applications towards the attainment of five million metric tonnes domestic utilisation and creation of an estimated 500,000 job opportunities nationwide in five years.

Speaking at the commissioning of the Techno Oil LPG Cylinder Manufacturing Plant in Lagos in 2019, Vice President Yemi Osinbajo said that the federal government will continue to actively support every effort to promote the use of LPG in Nigeria, as well as create and maintain an effective and a catalytic regulatory environment.”

Prof. Osinbajo said, “The goal is to achieve five million Metric Tonnes of domestic, commercial and industrial LPG utilisation in 10 years. Specifically, for household cooking, we are targeting a 40 per cent adoption rate (i.e. 13.8m households) in 5 years, and 73 per cent adoption in 10 years (33.3m households). We believe that the sub-sector can create up to 2 million new direct and indirect jobs in Nigeria.”

He added that since the implementation of the coordination reforms, including the creation of a dedicated Project Management Office, great progress has been recorded in the various segments of the gas sector.

According to the Vice President, the progress recorded include, “removal of 5 per cent VAT from the domestic pricing of LPG, as a first step in giving domestic output an advantage against imported products. This is followed by the development of a Marketer Cylinder Owned Model instead of the current Consumer Cylinder Owned Model; and strengthening of the regulatory framework for the sub-sector.

With more than 1000% growth over the last ten years, LPG is the fastest growth area in the Nigerian oil and gas industry. Yet its coverage is barely 5% of its potential market. The appetite for investment in this clean energy option is almost limitless in the near-term.

According to the National LPG Expansion Implementation Plan, at least $6 billion is required to develop infrastructure that will enable Nigeria achieve the 2023 target of five million tons of LPG.

In the product transportation sector like rail, shipping, including other vessels as operated by the Nigeria Liquefied Natural Gas (NLNG), NNPC, Inland Waterways and Railways, an estimated $1.5 billion is required for the infrastructure.

The plan also targets $500 million for storage, manufacturing, bulk trucks and about 5,000 bridgers, while bulk breaking, bottling cylinders and refilling plants will require an investment of $750 million.

In distribution and marketing, where the product is transported from bottlers to end users as well as procurement of cylinders for the implementation of marketer-owned cylinder model, $800 million investment is required.

Investment in end-users infrastructure has the highest amount of $2 billion. It will go into heating, cooking, manufacturing activities, automotive, industrial, cylinder delivery trucks and bobtails, establishments of autogas workshops and training of personnel.

As low crude oil prices continue to ravage oil based economies, the onus is on governments of developing countries like Nigeria to unbundle this under-explored treasure trove with its multiple market entry and expansion options.

The government should create an enabling environment to stimulate private sector participation, while key stakeholders should be made aware of their responsibilities in order to take the needed initiatives that will result in positive impacts on the value chain.

For insights on issues surrounding standards, infrastructure, expansion strategies, uses, sourcing, finance, awareness and challenges relating to LPG market expansion in Nigeria, join OTL Africa Downstream, in collaboration with the “National LPG Expansion Plan”, Office of the Vice President of Nigeria, together with other industry stakeholders, in the “Nigeria LPG Assembly”, free webinar holding from 2 pm on Tuesday, 2 June 2020.

Watch this space and @otlafrica on Twitter for registration details.