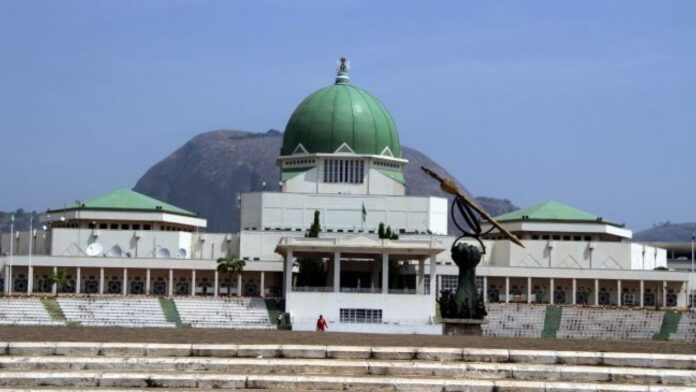 The bill proposed to overhaul and reform the laws governing the nation’s oil industry has spent close to a decade in the to making, with experts estimating annual losses of around $15 billion in investments.

The PIB was a major pillar of the President’s reelection campaign in 2019 and the Federal Minstry of Petroleum Resources has constantly reiterated government its passage.

The leadership of the National Assembly said that the ninth Assembly will break the jinx of not being able to pass the Petroleum Industry Bill after several attempts.

They spoke at a meeting of the leadership of the National Assembly with the Minister of State for Petroleum, Timipre Silva, Group Managing Director of the Nigerian National Petroleum Corporation (NNPC), Mele Kyari and some other top officials in the Petroleum sector. 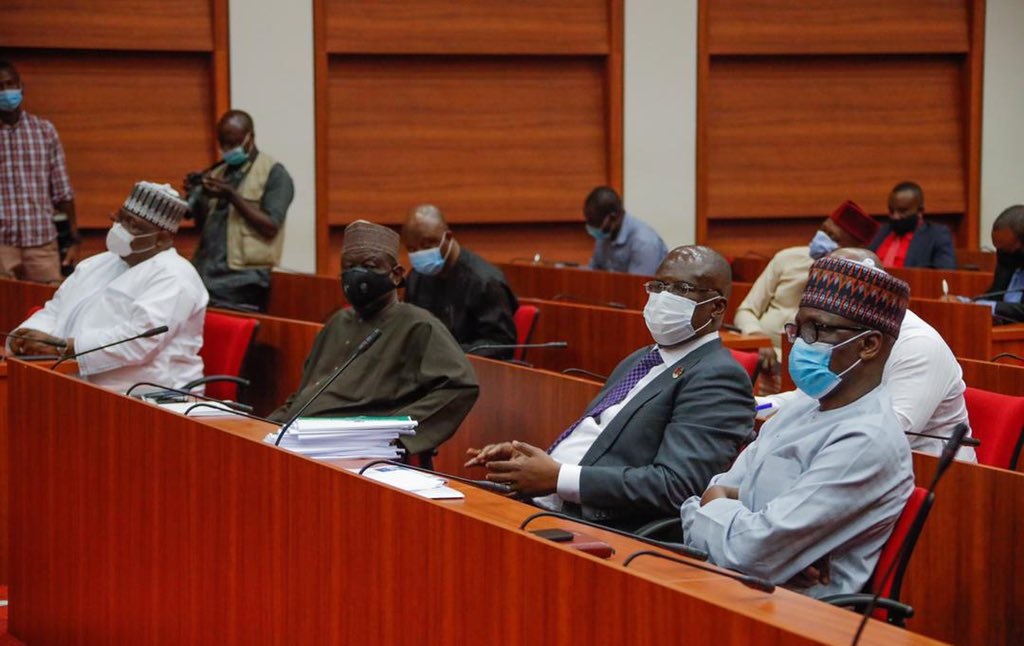 The meeting was essentially to brief the National Assembly leaders on the focus of the PIB which the Senate President confirmed was forwarded to the Assembly about two weeks ago.

The bill has not been read at the floor of either of the two Chambers of the National Assembly because the federal Lawmakers are currently on recess but will resume session on Tuesday.

“The PIB is said to be jinx actually for a long time. Probably from 2007 to 2019,” Lawan said in his opening remarks.

“Now the bill is an executive bill coming to the National Assembly. The two chambers promise that we will break that jinx.

“So the Ninth Assembly wants to work with you, have a very clear understanding of every provision so that, at the end of the day, we will break that jinx together with you and provide the oil industry a legislation that will make more effective and efficient at the end of the day,” Lawan said.

The Senate President said it was the first meeting between the Petroleum Ministry and other agencies with the leadership of the National Assembly to discuss the essence and focus of the bill.

Also Speaking, Gbajabiamila was confident that the ninth National Assembly will break the jinx and pass the bill speedily. 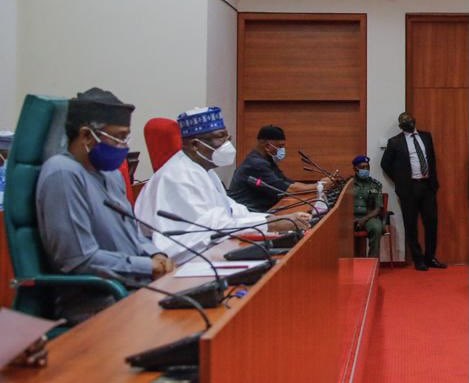 “In the House of Representatives, we have assembled a crack team of legislators who are versed in the workings of the industry. It is an Ad-hoc Committee drawn from the House Commitees on oil, upstream, downstream, local content and gas.

“So there is a crack team that will be working with you as we are all trying to go to the same destination.

“Talking about passing it speedily, unfortunately it is coming at the time when it will be competing with the passage of the budget,” Gbajabiamila said.

The Speaker described the bill as “perhaps the most important piece of legislation that will come out from National Assembly in the lifetime of this government.