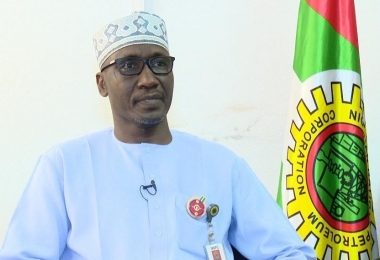 Following a pattern established by his predecessors upon assumption of the apex office of the Nigerian National Petroleum Corporation (NNPC), Mele Kyari, the substantive Group Managing Director, similarly reeled out a list of promises, which with hindsight, tend to border on rhetoric.

In 42 years, 19 different individuals, Kyari inclusive, have been appointed to manage the affairs of the national oil company, which has been serially undermined by an alleged lack of transparency and incoherent policies.

Expectedly, the apex office of the NNPC has attracted some of Nigeria’s best brains in the oil and gas industry; surprisingly however, their collective acumen has not inspired the desired levels of growth and investment needed in the country’s economic lifeblood.

Since inception, the average duration in office for successive GMDs is two years; a timeframe which industry operators agree is grossly insufficient to achieve genuine transformation of the corporation from a bureaucratic giant to an international national oil company adhering to international best practices.

That said, it is not surprising therefore, that successive NNPC helmsmen brimming with enthusiasm on assumption of office, tend to make pledges without due consideration. This has been the case for as long as the oil behemoth has existed. To be fair, some of the promises have been made good, but more often than not, the public is left to wonder what could have been.

Take a case in point, in 2007, a career NNPC officer, Abubakar Lawal Yar’ Adua (not a relative of the then sitting President, Umar Musa Yar’ Adua) was appointed GMD from his position as the Executive Director, Refining and Petrochemicals. Having served as Managing Director of the Kaduna Petrochemicals and Refining Company (KPRC), it was not out of place when he promised a complete turnaround of the nation’s ailing refineries. Since his departure from office in 2009, the refineries have never attained half of their installed capacity.

Similarly, Mohammad Sanusi Barkindo, who spent 14 months at the helm of the NNPC from 2009, pledged among other things, to review and ensure passage of the Petroleum Industry Bill. His cerebral disposition and international background inspired hope and confidence in industry watchers, however, Barkindo left the industry in limbo when he was replaced in 2010.

In 2012, Andrew Yakubu became the 15th GMD of the NNPC. In his acceptance speech, he vowed to reposition the Corporation by entrenching such values as openness, transparency and responsibility in order to end years of negative perception.

He is credited with maintaining average production of 2.4 million barrels per day; successfully completed the divestment processes and assignment of equity to the Nigeria Petroleum Development Company (NPDC); completed state-of-the-art Seismic Processing Centre in Port Harcourt and successfully restored operation in Warri Refining and Petrochemical Company, (WRPC) after a 2-year shutdown.

Unfortunately, under his watch, the NNPC went through a series of corruption allegations that threatened its integrity and accountability as a state-owned oil company. Eventually, the Augean stable remained in its state of squalor.

Joseph Dawha was appointed by former President Goodluck Jonathan in 2014 as the 16th Chief of the NNPC. As usual, he promised to sustain the on-going transformation of the upstream, midstream and downstream sectors of the Nigerian oil and gas industry in order to impact positively on the economy. He spent barely 12 months at the helm and it is anybody’s guess how much impact he was able to bring to bear on Nigeria’s petroleum industry.

Dawha’s exit ushered in Ibe Kachikwu in 2015 to a resounding welcome from industry watchers. With 30 years of industry experience under his belt, it was inconceivable that Kachikwu would achieve anything but success as GMD NNPC. His brief was to re-position the operational direction of the corporation by tackling problems such as poor profitability index, loss of business transparency and focus; and restructuring the corporation.

Kachikwu set out on a task to fix the country’s ailing refineries and bring an end to the decades-long national ignominy of petroleum products importation, in one fell swoop. He swung into action reducing subsidy on some petroleum products, seeking private equity investors and trying to develop a financing model for the refineries. However, with petroleum industry unions protesting the proposed sale of the refineries, Kachikwu had to beat a retreat. Subsequently, deal after deal has fallen through while the alternative private sector support model he proposed is yet to crystallize in empirical solutions.

Responding to questions on failed efforts to revive the country’s refineries on HardCopy, a programme on Channels Television monitored by this publication, Kachikwu said “I think that if there is one area where I feel sad, it is certainly the refineries because there is a huge gulf between my expectations and the pronouncements that I had made in terms of where I’d like to be and what we have been able to achieve.”

This turned out to be a rare cog in the wheel for one of the finest to have graced the NNPC apex office. Kachikwu has proven to be the man for tough jobs, but it appears he marginally underestimated just how tough the ‘Nigerian Job’, pardon the pun, would turn out to be.

In 2016, Kachikwu made way for the appointment of Dr Maikanti Baru who arrived on the scene brandishing a 12-point agenda pivoted on completing the comprehensive restructuring started by Kachikwu. While Baru may have delivered on some of his projections, success eluded him on the issues of improving refining efficiency of the four existing refineries.

Today, these same refineries form the fulcrum of the new GMD’s administration. Kyari upon assumption of office promised to fix the country’s four refineries before the end of May 2023 and transform the country into a net exporter of petroleum products in the same period.

Ditto Kachikwu, Kyari explained that NNPC would encourage Public Private Partnership in the revamp of the refineries and would also support involvement of private individuals in building of conventional and modular refineries. Like Baru, he pledged to provide incentives that would help grow crude oil production to three million barrels per day; and reminiscent of Yakubu, he promised that the NNPC would be accountable and transparent to all Nigerians.

We wish Kyari well because it is in the interest of the country to get the refineries working optimally again. Yet, we have all seen this before. History has proven that these promises need to be taken with a pinch of salt. Albeit, the wait has started.