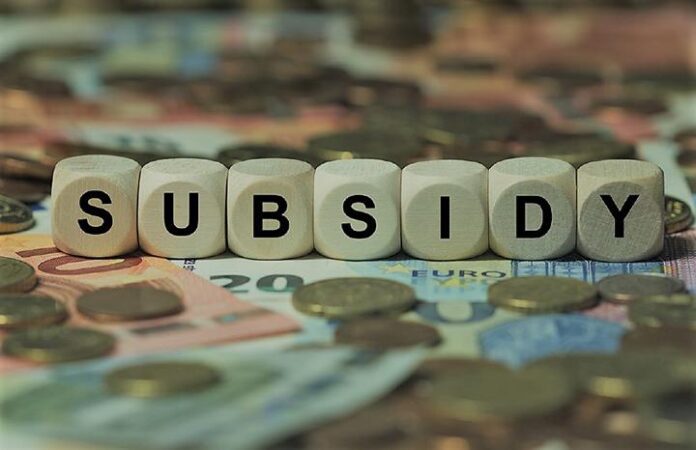 Strong reactions have continued to trail the Federal Government’s deregulation of the downstream sector of the petroleum industry, following increase in pump price of petrol to between N160 and N162 per litre.

Stakeholders in the polity, on Tuesday, dismissed figures reeled out by Information and Culture Minister, Alhaji Lai Mohammed, to justify reasons for removal of fuel subsidy and petrol price hike.

Lai Mohammed had, while briefing journalists in Abuja, Monday, said the government spent N10.413 trillion as fuel subsidy between 2006 and 2019.

“Nobody can get subsidy figure right”—PENGASSAN

But the Petroleum and Natural Gas Senior Staff Association (PENGASSAN), which reacted through its General Secretary, Lumumba Okugbawa, said: “Nobody can get the subsidy figure right.

“What government is presenting is the figure it prepared which we doubt because we are aware that marketers falsify figures to get bogus subsidy claims. This has led to what is generally regarded as subsidy scam.

“We all can recall that some marketers and their cronies have been prosecuted and are being prosecuted by the Economic and Financial Crimes Commission (EFCC) over subsidy scam. We are aware that the subsidy regime has created several emergency millionaires.

“On our part, we know that the so-called subsidy is what the nation can avoid by focusing on local refining of products because we do not control international price mechanism.”

“Give us your data”, IPMAN, MOMAN task minister

Similarly, the National Operations Controller, Independent Petroleum Marketers Association of Nigeria, IPMAN, Mike Osatuyi, said: “The Minister should not only roll out his figures, he should provide details to enable response, if necessary.”

Also, the chairman, Major Oil Marketers Association of Nigeria, MOMAN, who is also the Chairman/Managing director, 11 Plc, formerly MRS, Mr. Adetunji A. Oyebanji, said: “The subsidy was not free money, but a refund of monies incurred by marketers in the first instance. The term is a misnomer. I believe that he might have been misquoted.”

Despite some issues associated with deregulation, he said: “Deregulation is the best foundation to grow the industry. They should open up NNPC assets like pipelines and depots to third parties. They should also grant all players equal access to forex, so we don’t have a single entity involved in importation.

“However, we are just starting the process. It is a beginning, eventually it will bring development to the industry, attract investment, create jobs and grow the economy.

“Only one importer is a monopoly. I don’t think that augurs well for competition. If all players have equal access to forex at the same rate, then we would have a level playing field.

“If coy A can bring in product cheaper than coy B, he can compete on price. This will not happen as long as only one entity is importing and determining who gets what.”

Also, the Nigerian Economic Summit Group, NESG, has applauded government’s decision to raise fuel and electricity prices, noting that the benefits would ensure smooth functioning of both markets.

In a statement by its Chairman, Board of Directors, Mr Asue Ighodalo and NESG CEO, Mr Laoye Jaiyeola, the NESG commended government’s actions at deregulating fuel and electricity prices and urge that proper policies, processes and procedures be put in place, to ensure that all the reforms (beyond price deregulation) necessary to facilitate the smooth functioning of both the fuel and electricity markets are effectively and conclusively implemented.

The group said: “Adequate communication to stakeholders and the general public on the benefits derivable from these actions must also be regularly carried out.”

Speaking further on the reform programme being implemented by the current administration, the NESG acknowledged all efforts, especially in diversifying the economy.

It said: “NESG notes Nigeria’s huge exposure to the vagaries of oil price fluctuations and emphasizes the need for a better structured and effective diversification of the economy. However, NESG is not oblivious to the continuing crucial role of the oil and gas sector in our economy.

“Accordingly, we applaud the work now being done by the Presidency to see to the quick passage of the Petroleum Industry Bill (PIB), and urge further stakeholder consultations so that the resultant law will create the required enabling environment for investment flows, reserves enhancement, technology transfer and utilization efficiency.”

Meanwhile, Ghana’s National Petroleum Corporation (GNPC) Professorial Chair, Oil and Gas Economics and Management, Institute for Oil and Gas Studies, University of Cape Coast, Prof. Omowumi Iledare, has put the real price of petrol in Nigeria at between N200 and N215 per litre. In an interview with Vanguard yesterday, Iledare, who is a petroleum economist, said: “The N160 per litre price in my opinion is social optimal price. The range to guarantee fair return, looking at forex, is about N200 – N215 per litre.

“It should be noted that 50-55 per cent accounts for crude cost, 15-20 per cent transportation and Value Added Tax, VAT, about eight per cent, while distribution and marketing attract 15 per cent margin.

“I empathize with Nigerians on the seemingly immediate pain but this is going to be temporary compared to not deregulating. Deregulation is necessary and inevitable decision for the government to make now to avert the eminent collapse of the energy sector.

“The President is right, the temporary bitter pill is like a bitter leaf soup that with time has no bitter taste in the mouth. With perseverance, Nigeria will be better off in the long run if this subsidy gorilla is tamed once and for all.

“However, the optics must meet the rhetoric and action. The executive needs to do something with Petroleum Products Pricing Regulatory Agency, PPPRA, and Petroleum Equalisation Fund, PEF, to substantiate the deregulation direction.

“People are still making the mistake of thinking the increase of PMS pump price is a removal of subsidy.

“It is not as long as NNPC continues petroleum product importation via the use of federation assets (crude oil that belongs to Nigeria and not to NNPC) to meet domestic demand and equalization charges are still paid out by PEF to maintain uniform pricing nationwide, then subsidy is very much alive, perhaps indirectly.”

Atiku asks: “Why is fuel price falling in US, Europe but rising in Nigeria?“

Atiku, who had campaigned for the removal of fuel subsidy in the 2019 presidential election, said he was demonizedfor suggesting it. He had claimed that the price-fixing system was laced with corruption, and stalling investments.

In a tweet, Atiku said crude oil prices had reduced, compared to what was obtainable in 2019.

He said fuel prices were lower in the US and Europe, wondering why it was higher in Nigeria.

Describing himself as a business man, Atiku said there are questions that needed to be answered regarding the increase in fuel price.

He said: “If we truly deregulated, shouldn’t fuel price have dropped?” I am a businessman. I look at things from an economic perspective. Questions beg answers.

“The price of crude is down from where it was in 2019. In the US and Europe, fuel prices are far lower than they were in 2019. If we truly deregulated, shouldn’t fuel price have dropped?”