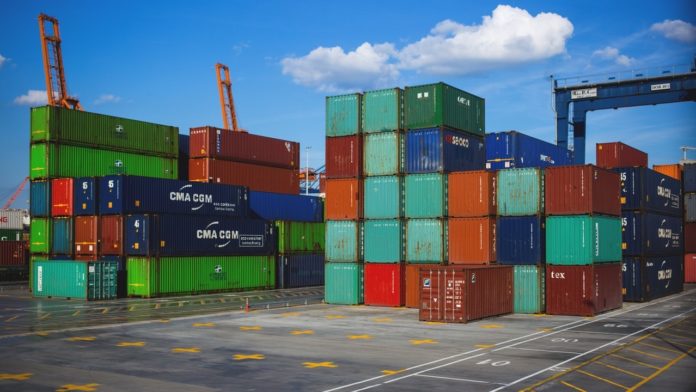 The economic effects of the novel coronavirus (COVID-19) may begin to manifest in the maritime space sooner than later. This is premised on a development that has led to a gradual decline in the volume of imported cargoes.

According to the National Bureau for Statistics (NBS), Nigeria’s imports from China in the second and third quarters of last year, stood at N2.2 trillion.

Although China still tops the list of countries exporting goods into Nigeria. Its share of 26.28 percent or N1.11 trillion worth of goods of the country’s total import, represents a drop of 5.04 per cent of its export volume into Nigeria as at the third quarter of last year.

Reasons for this, experts say, is not unconnected with China being at the centre of the pandemic, especially with the rising controversies over the Asian countries role in the global spread of the virus.

Consequently, this has led to suspension of production by most of China’s industries and by extension, the inability to meet market expectations.

Other countries that account for Nigeria’s high import trade include The Netherlands, 11.14 per cent; United States, 10.45 per cent; India, 7.92 per cent and Belgium, 6.11 per cent.

Stakeholders in the maritime business explained that the import decline is due to the inability of most importers to either place fresh orders or purchases due to the COVID-19 pandemic in the last five months.

Although findings have shown that there are vessels waiting to berth at the ports in Lagos.These are vessels with backlog of cargoes, which are being attended to, while inbound vessels have not been coming in as normal.

He said his firm is handling cargoes that were long imported before the COVID-19 pandemic. He therefore warns of a likely lull in cargo volumes.

“New cargoes are not coming in good volumes. As soon as the backlog is processed, there may likely be a lull in cargo volumes, which is the direct effect of the COVID-19 on the sector,” Yusuf explained.

Hellenic Shipping News Worldwide further details the impact of COVID-19 on shipments to Nigeria. According to the report, vessels calling into the seaports have reduced significantly due to fear of the spread of the virus.

Hellenic further says that experts in the maritime sector forecast that the country would be losing about N1 billion daily to the outbreak of COVID-19 as the level of imports arriving the country’s ports is gradually dropping while port calls to China are becoming less frequent.

It noted that as a result of contacting the disease and a slowdown in the Chinese economy, cruise liners, container ships, oil tankers and bulk carriers have been deterred from stopping at the nation’s harbours.

According to Clarksons, a shipping research company, commercial vessels are said to have stopped arriving in the country’s seaports, with port calls falling by an estimated 30 per cent in February, and container throughput estimated to decline by between 20 and 30 per cent.

The firm noted that more than 50 per cent of Nigeria’s import come from China. But many importers are afraid to take cargoes from China, where the dreaded disease originated from. Many who usually travel during this period to China for business are cancelling their trips.

Still, data from the NBS showed that the country recorded a sharp drop from N10.12 trillion in the fourth quarter of last year to N8.3 trillion at the end of the first quarter of this year in her total foreign trade – import and export- a 18 percent drop which reflected an early effect of disruption caused by pandemic.

Furthermore, the data showed that the value of total imports decreased by 21.08 percent in first quarter of the year as against the import values recorded in the fourth quarter of last year.

The National President of the Association of Nigerian Licenced Customs Agents (ANLCA), Tony Nwabunike, said lull in cargo that might likely be experienced following the effect of the coronavirus, would cost the sector billions of naira in losses.

“The impact will be so huge and because of the exposure of our country to imports, I foresee a situation whereby the economy will be hard hit and if we are not careful, our economy will go into recession,” Nwabunike warned.

The ANLCA boss further said since January, very few goods have been coming from China, thus dealing heavy blow on the maritime sector. He said many Nigerians could not import goods, especially from China, because of the virus.

A United Kingdom-based Nigerian businessman, Kazeem Adigun, told The Nation, that COVID-19 is a big blow to not only the maritime sector, but her economy.

Adigun explained that with a drastic cut in importation of goods, maritime business would suffer and this might lead to loss of jobs in the already troubled sector.

Besides, he warned that the manufacturing sector would be adversely affected given that about 90 percent of raw materials needed by the sector are imported.

“Nigeria should be ready for tougher days ahead. Workers income may be grossly affected in the long run, just as the purchasing power of the citizens will be affected.

I fear that COVID-19 will lead to cut in employment, if this is not urgently brought under control,” Adigun added.