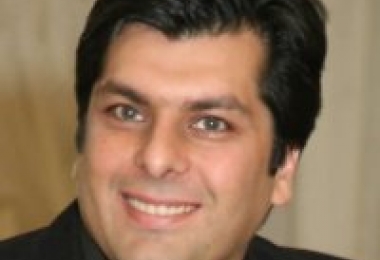 What are your thoughts regarding the recent announcement by Federal Government of price deregulation for the country’s petroleum industry?

We applaud the bold decision by President Muhammadu Buhari and the federal government to finally deregulate the gasoline market. This is a welcomed end to the subsidy which distorted the market and presents a positive development in reviving an economy negatively impacted by the fall in global oil prices.

The periodic scarcity of products into the country over the years has brought hardship, undue increase in costs and time wastage to the Nigerian civil society. Oil prices are now sufficiently lower for the government to fully deregulate the petroleum industry and allow for market forces to prevail rather than cushioning the impact in phases. The telecommunications sector which has been privatised is testament that market forces will reduce the prices to an acceptable / optimum competitive level.
Full deregulation is imperative so that Government can move away from managing operational activities of oil trading and importation in order to extend their focus on reviving all sectors of the economy and be accountable for creating an enabling environment for service delivery to support the industry.

The Nigerian market is resilient. The previous deregulation of gasoil, and more recently kerosene, has indicated that civil society will overcome the hurdles of this price adjustment in pursuit of reformation of the oil sector and further develop a much needed tangible infrastructure which will improve their lives sustainably.

What do you consider is the impact of such a decision and the thought process behind this?

Without the burden of subsidies, which added no value to the future growth of the country, Government can now expand its focus on boosting the economy in a variety of ways, to name a few:By continuously interacting with civil society to design appropriate and credible socio-economic programmes and provide grants to increase the income generating capability of small and medium industries, which could be supported by a huge consumer market of 150 million people.By Investing in the primary infrastructure needs of the country to allow growth: Investing in electricity power plants, Improving health care facilities as well as educational facilities so the country maintains a healthy and educated work force, Upgrading roads,
Adding more public transportation throughout the country similar to the addition of the new buses in Lagos so commuters can get to work comfortably and promptly.By increasing its focus on creating an enabling environment to enhance the oil sector by: securing the pipelines against vandalism, building rail capacity to transport product, ensuring the operational efficiency of the regulatory agencies such as DPR, NIMASA etc. to enable smooth importation and exportation of products from offshore to onshore and vice versa.Allowing transhipment of products in Lagos.Commercially trading its crude and natural gas for profit with the revenues going for re-investment in growth.

What in your opinion is the impact of this decision on Civil Society?

Nigerian Civil Society will undoubtedly require patience and trust in the federal government’s decision without reacting as it did in January 2011. History has shown that since then, subsidies have not contributed to the progress of the country and its citizens.

The citizens voted for President Buhari as they were determined to have change, and he was tasked with reviving the economy. Transformation is an ongoing and gradual process.

Given President Buhari’s stance on subsidies, there was an expectation of deregulation immediately when he took office. However, prevailing circumstances then were not conducive to the implementation of this deregulation. Fortunately the market conditions locally and internationally have played out in such a manner that it has shown civil society that regulation of pricing opens up the opportunity to scarcity and economic downtime. The strategic decision to deregulate has to be seen as an opportunity cost which will: Ensure consistent availability of products throughout the country without the need for queues for extended hours as experienced during scarcity,
Reduce the manipulation of pricing over the regulated pump price. Instead, competition will drive market prices down to acceptable levels all the time as the customer will be king again. Reduce government debt in the form of subsidy liabilities and forex differentials. Generate further employment in the sector as oil companies will no longer be restricted through allocations. Increase local and foreign private sector investments and promote further development of the economy. Create value addition to the service industry currently lost to neighbouring countries where transhipment occurs. Eliminate the need for motorists to hoard fuel in their homes or carry jerry cans of fuel when travelling. Eliminate the informal secondary and tertiary retail market for gasoline thereby reducing the fuel-induced accidents and fire outbreak which claims thousands of lives. Encourage downstream investment into new facilities such as storage tanks, retail outlets, new trucks etc.

Do you think this strategy of deregulation will be successful?

The embracing of deregulation policies by several countries has shown that the long term benefits of deregulation outweigh the initial impact, as can be seen in north America (USA and Canada), South America (Argentina, Chile, Venezuela and Mexico), Asia Pacific (Pakistan, Philippines, Thailand, Japan), and recently in Africa (Ghana and Mozambique), all of which have reduced the public sector involvement which resulted in a significant success of their oil industry reform efforts.
The subsidies paid in the last 6 years alone would have been sufficient to have built refinery capacity to cover the countries gasoline requirements, yet today there is nothing to show for the costs and the country is no better off than 6 years before. We would expect that the Federal government, in considering the deregulation, would already have an action plan which would accommodate for removal of subsidies.

How would deregulation impact importers and storage tank owners?

As regards the Nigerian storage tank owners, the subsidy controls have restricted the optimal utilisation of their storage facilities as they have been restricted in the volumes of gasoline that they were able to import.
A major hurdle to importers has been the inability to source finance which can be attributed to the following:
Existing regulation and the resulting reluctance of local banks to take on additional subsidy repayment risks,
delays in payments subsidies and unavailability of US Dollars from Central Bank of Nigeria to settle existing liabilities to foreign banks, and
foreign banking institutions avoiding confirmation of Letters of Credit for gasoline importation unless the instruments were cash backed.
Many storage tank facility owners in the recent 6-8 months have had difficulty in meeting loan repayments to banks that financed their facilities and even pay salaries resulting in some having to retrench some employees.
The news of the eagerly awaited deregulation has provided relief to most of them and is already sparking new energy within the industry, to re-commence importation processes and gearing their facilities to accommodate their true potential. The deregulation will sanitise the industry, increase transparency and will allow importers to manage their own risk.
With the market now open to competition, oil marketing companies importing product into Nigeria will have to increase their efficiency as they will no longer have subsidies to buffer inefficiency.
Given the potential that operational activities could now possibly move to Offshore Lagos and within Nigeria, the business potential for Nigerians will increase. For example, the provision of bunkers, services and consumables to vessels coming to Nigerian shores for transhipment will also reduce the sailing time and costs associated with vessels transhipping at Offshore Lome and sailing to Nigeria.

What would the impact of deregulation be on the existing refineries and new refineries?

Private sector investment in the downstream domestic refining capacity has been handicapped by government’s regulation of the downstream sub-sector through a subsidy regime. This has translated into none of the 20 refinery licences which were issued since Year 2000 being translated into an implemented project. The introduction of the proposed deregulation, increases the ability to focus on modular refineries to produce products at source to meet the demands of domestic consumption for gasoline. The possible scale of modular refining, reliability and strong corporate governance of a privatised market will provide an additional outlet for local crude at reduced logistical costs due to proximity to source, therefore influencing the creation of increased employment and economic empowerment within the country and eventually creating the possibility to export refined products to neighbouring countries.
Local refining will relieve the need for foreign currency requirements i.e USD, the shortage of which is crippling the local manufacturing and services industry.
NNPC’s consideration to rehabilitate the refineries on a public private partnership basis will provide the ability for the facilities to be operated commercially and efficiently as a profit centre.
There are success stories of the national oil corporations of other developing countries including the Petronas (Malaysia), Aramco (Saudi Arabia) and Petrobras (Brazil) to name a few, which turned into commercial profit centres. These should be models for NNPC to consider in order to prepare to play in a competitive industry operating on a level-playing ground with other industry operators.

Change is difficult, yet all citizens in Nigeria know that deregulation is the most progressive solution and they need to see it through to see a better future.
Fortunately most Nigerians can see that the intention of their leader to eradicate corruption and bring about progress for the country is sincere, which in the short term may cause temporary difficulty.
The civil society have in good faith voted for their leader and therefore need to support this decision to deregulate. Patience and co-operation are imperative to reap the rewards of this strategic move in the pursuit of social economic progress.

Ultimately, Petrocam remains committed to the supply of product to the country as well as continuing its infrastructure investment into Nigeria.Source: Marine and Petroleum Nigeria

Operators with interests in petroleum products shipping in sub-Saharan Africa have advocated for governments in the region to issue licenses granting armed...
Read more