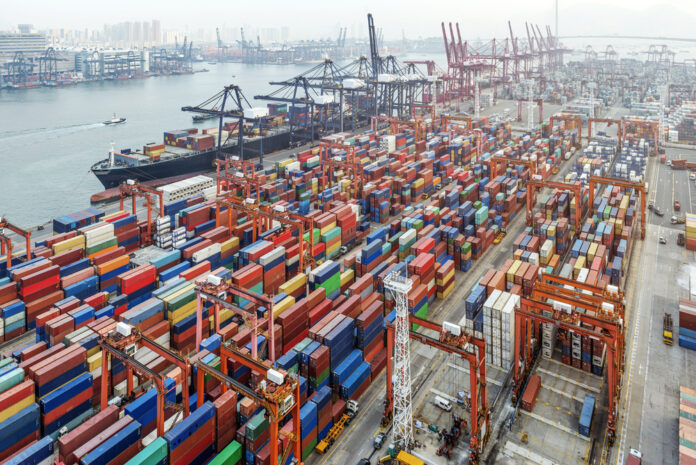 …Importers to save N1.7bn annually

The federal government on Tuesday announced plans to stop the NGN1.7 billion being paid by shippers to shipping companies annually as container deposit before the end of the first quarter of next year.

The Executive Secretary of the Nigerian Shippers Council (NSC), Mr. Hassan Bello, stated this on the sideline of the meeting of heads in Lagos.

Container-deposit, also known as a deposit-refund system, is a monetary deposit paid by importers on containers at the point of sale.

When the container is returned to an authorised redemption centre, the deposit is partly or fully refunded to the redeemer.

Bello told reporters that shippers pay N1.7 billion yearly as containers’ deposit, which he said, has added to the cost of doing business in the country.

Bello who blamed lack of holding bays and the gridlock at the port premises for the issue said the council was already in talks with National Insurance Corporation of Nigeria (NAICON) to get insurance for the shippers to cover the cost of containers.

According to him, “Shippers pay N120,000 per container as the container deposit; that is about N1.7 billion every year and this is adding to the cost of doing business and this is not the fault of the shipper but because he cannot return the container within the specified time; the roads are clogged, the holding bays are not working; So, how can he bear that risks?

“We want indemnity system and we have already talked with NAICON; there must be insurance penetration. We could extend the marine insurance to cover containers. And by the first quarter of next year there will not be payment of containers’ deposit,” he said.

“We also discussed the 24 hours operation of our ports. We observed that port efficiency and effectiveness cannot be achieved without 24 hours port operation.

We have also agreed that at the next meeting, we will have an action plan which will come with deliverables and key performance indicator to see how our ports will run on a 24 hours basis.

“The issue of multi-modal means of cargo evacuation was also discussed, and the National Inland Waterways Authority (NIWA) has been mandated to ensure professionalism in the movement of cargoes by barges,“ he said.

Managing Director of the Nigerian Ports Authority (NPA), Hadiza Bala-Usman, also said the NPA was working with the presidential task team on Apapa gridlock to identify their jurisdiction in order to avoid overlapping functions.

“I’m curious as to the specific areas where there has been a lack of cooperation between NPA and the presidential task force. What we sought to do with PTF is to identify that they have jurisdiction with the port access roads but not the ports. If there are any overlapping functions they would take actions to curb them. However, it is important for PTF to understand that the role of port operations still domiciles with the Nigerian Ports Authority,” she said.

She added that no port system can be efficient with multimodal transport system, noting that the traffic gridlock that characterises Nigerian port access roads will continue until there are sufficient linkages with railways, inland waterways and piping to complement the road mode.

“No matter what PTF does to address the traffic gridlock, if all port stakeholders and the government do not recognise the need to deploy multimodal transport system, the gridlock would remain,” Usman said.

The NPA boss also noted that part of the deliberations during the meeting centered on the possibility of using barges to move containers of some port users, especially those importing thousands of containers and willing to convey them via barges to Onitsha.

By Camillus Eboh and Libby George

LAGOS, Aug 12 (Reuters) – A Nigerian court made the first convictions under a new anti-piracy law, giving hope to the world’s shipping fleets that legal reforms will help stem rising attacks in the Gulf of Guinea.

The three men fined by the court in Port Harcourt, Nigeria’s oil hub, on Tuesday were among nine accused of hijacking the tanker MV Elobey VI off Equatorial Guinea in March and securing a $200,000 ransom for the crew.

The merchant shipping industry has long pressed Nigeria to take action in the area, which has been dubbed “pirate alley.”

It accounts for over 90% of maritime kidnappings globally, according to the International Maritime Bureau (IMB), with attacks on everything from oil platforms to fishing vessels.

The court fined the three men convicted 10 million naira ($26,300) each for each of the two counts of piracy to which they pleaded guilty.

The remaining six pleaded not guilty and their trial continues.

Nigerian navy spokesman Commodore Suleiman Dahun said the convictions were the first conviction under the law, passed last year to make it easier to prosecute pirates.

He said the fines were levied in lieu of prison sentences.

While the Gulf of Guinea spans more than a dozen West African countries, experts say the pirates typically come from Nigeria’s oil-rich but poverty-stricken Delta region.

A total of 49 crew were kidnapped in the Gulf in the first half of this year, compared with 27 last year, according to IMB figures. It said attackers were also going further out to sea.

“We need to change the risk-to-reward ratio…,” IMB Director Michael Howlett said last month. “Without an appropriate and proportionate deterrent, pirates and robbers will get more ruthless and more ambitious.”