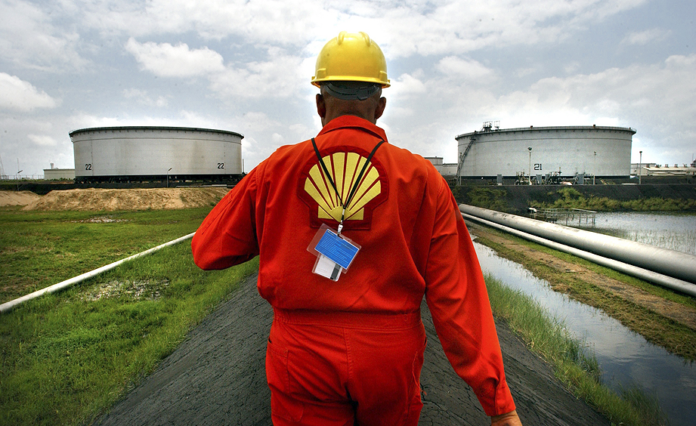 The companies accused the Nigerian National Petroleum Corporation (NNPC) of taking more crude than it was entitled to under four deals that were signed in 1993 to incentivise them to develop deep offshore blocks. Those projects today account for about 30 per cent of the country’s 2 million barrels of daily output.

Independent arbitration tribunals seated in Nigeria sided with the companies and awarded them damages. But the NNPC successfully challenged the awards in the Nigerian courts, which ruled the disagreements were either tax disputes and not subject to arbitration, or the tribunals had no right to impose the penalties.

In September last year, the U.S. District Court for the Southern District of New York dismissed a lawsuit filed by Exxon and Shell units that aimed at enforcing a 2011 arbitration ruling requiring NNPC to pay them $1.8 billion for a contractual breach. Judge William Pauley noted that the companies had multiple appeals pending in Nigeria.

The companies have appealed the U.S. judgment, saying the Nigerian courts denied them due process by annulling the award and they are now owed $2.7 billion with accrued interest.

The case was filed in the U.S. because Nigeria’s courts have never ordered NNPC to pay monetary damages to a foreign plaintiff over two decades and lack “the political independence to render impartial judgments in a high-value dispute,” the companies said in a court filing. It could take at least a decade for Nigeria’s Supreme Court to adjudicate in the appeals process, “which renders the prospect of justice so illusory as to amount to no justice at all,” they said.

Umar Gwandu, a spokesman for Justice Minister Abubakar Malami, didn’t respond to a request for comment. NNPC must file its response to the U.S. appeal by April 10.

The companies “face a formidable challenge” to persuade a U.S. judge to reinstate damages already set aside by a Nigerian court, said Tafadzwa Pasipanodya, a Washington-based partner in Foley Hoag LLP’s international litigation and arbitration department.

Separate tribunals in Nigeria instructed NNPC to pay a Shell-led consortium $1.4 billion in damages in 2013, and Eni SpA more than $500 million the following year, while Chevron Corp. and Equinor ASA secured a $1 billion award in 2015. Those awards were also set aside by the local courts.

Chevron and Equinor initiated their own proceedings in the Southern District of New York in March 2018 to enforce their award, with oral argument scheduled to be heard on April 20. Eni approached the same court in mid-2017, but suspended its legal action in November while Nigeria’s Federal High Court considers the matter.

While U.S. courts can enforce arbitration awards made and subsequently overturned in other countries, they “apply a strong presumption in favor of following the foreign court’s ruling,” according to Jonathan Blackman, New York-based senior counsel at Cleary Gottlieb Steen & Hamilton LLP.

The parties must show the decisions of the Nigerian judiciary were “repugnant to basic U.S. principles of justice and fairness or due process,” he said. “This is a difficult — but not impossible — standard to meet.”

Industry Support
The case brought by Exxon and Shell meets that threshold, according to the American Petroleum Institute, which filed a brief in support of the companies’ appeal. The conduct of Nigeria’s courts “runs contrary to central concepts of justice in the United States,” it said.

Spokesmen for Exxon, Chevron and Equinor said their companies don’t comment on ongoing litigation. Representatives of Shell, Eni and NNPC didn’t respond to requests for comment.

There is an example of an arbitration decision that went against Nigeria being enforced in the U.K., which threatens to put further strain on the nation’s already stretched finances.

In September, a British judge ruled that Process & Industrial Developments Ltd. can collect on a compensation award for losses incurred on an aborted gas-processing project in Nigeria — a claim that now stands at $9.6 billion, or more than a quarter of the nation’s foreign reserves. Nigeria’s government, which is appealing that ruling, alleges the company paid bribes to secure the contract. P&ID denies any wrongdoing.