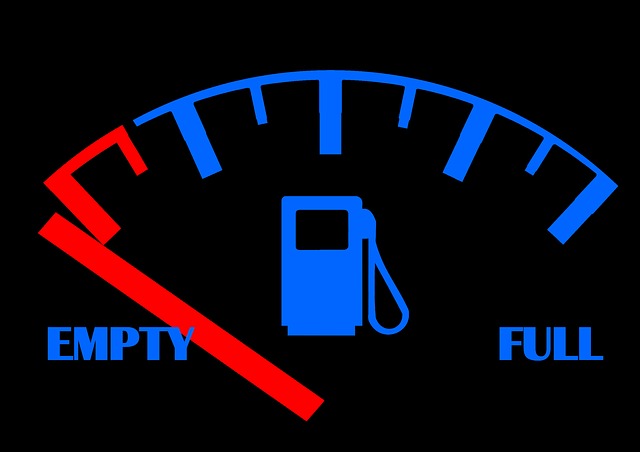 The oil price crash is an existential threat to petrostates from Nigeria to Iran, where governments rely on oil wealth to stabilize power and pay off competing interests.

The epic collapse in the price of oil, set off by Russia and Saudi Arabia last weekend, has obvious winners and losers. The winners: anyone with a car, and countries such as China, India, and Japan with few oil resources of their own. The losers: Russia, Saudi Arabia, and the shale oil sector in the United States.

Yet these three powers all have the resources to sail through the crisis. Shale producers might go bankrupt, but that won’t topple the U.S. economy. Russia has accumulated $650 billion in reserves, has virtually no government debt, and is running a budget surplus. Saudi Arabia has less room to maneuver but plenty of financial power to tide Mohammed bin Salman over until oil prices rise again.

But behind these giants is a whole list of petrostates around the world, where oil wealth fuels economies, stabilizes power, and pays off competing interests. Petroleum revenues are their main source of government income. Unlike Russia, Saudi Arabia, and the United States, many of the world’s petrostates don’t have the resources to weather a shock to their economies, let alone a protracted decline in oil prices. On the contrary, many of them rely on a high oil price to maintain a political and social stability that now threatens to unravel.

Iran, as Saudi Arabia’s great geopolitical rival, is the obvious other target of Riyadh’s price war. Iran’s teetering petro-economy has been further devastated by the reimposition of sanctions, causing oil exports to plunge since 2018. The population is impoverished. Add to this toxic economic cocktail the effects of the new coronavirus epidemic, which has hit Iran harder than any county besides China. As of March 11, Iran has officially confirmed 9,000 cases and 354 deaths, although the actual numbers are likely much higher. Prominent members of the government and clergy are either infected or dead.

Iran’s leaders have survived many shocks over their 40 years in power and speculation about the regime’s collapse has always proved futile. Will this time be different? It is difficult to imagine the regime surviving the triple shock of sanctions, coronavirus, and oil price collapse completely unscathed.

Nigeria has all the elements of a classic petrostate: Though it overtook South Africa to become the continent’s largest economy in 2019, it exports little besides crude. Political stability depends on a tenuous and complex balance among different elite groups and regional power brokers, with profits from oil being the glue that holds this fractious mix together. Nigeria’s oil windfall also helps smooth the frictions between a better-off Christian south and an impoverished Muslim north.

Algeria, where oil and gas account for almost 95 percent of exports, has been shaken by a year-long wave of protests against its unpopular ruler, Abdelaziz Bouteflika, after his decision in February 2019 to seek a fifth presidential term. Algerians are angry after decades of stagnation under the rule of a military elite loath to leave power. Bouteflika resigned in April 2019, and the leadership transition currently underway will involve a complicated redistribution of the economic pie.

With oil revenues set to shrink, there will be less money to go around—and less margin for error during the ongoing transition. On Mar. 10, current Prime Minister Abdelaziz Djerad warned that the country faces an unprecedented “multi-dimensional crisis” exacerbated by the oil price collapse, and called on Algerians to make fewer demands on the government. An economic and political implosion could have effects beyond Algeria’s borders by sending a new wave of migrants toward Europe.

Kazakhstan is another petrostate facing an unstable brew of popular discontent amid a complicated succession. Former President Nursultan Nazarbayev, who ruled Kazakhstan with an iron fist since 1990, stepped down last year, handing formal authority to a loyal apparatchik, Kassym-Jomart Tokayev. Nazarbayev’s daughter, meanwhile, wields influence as president of the country’s rubber-stamp Senate. This potential dynastic succession has already caused unexpectedly large protests that the government has aggressively suppressed. Lower living standards, the inevitable result of falling oil prices and the emergency government spending cuts Tokayev has already announced, may yet loosen the Nazarbayev family’s grip on power.

Driven by China’s insatiable demand for energy, global oil production has boomed in recent decades. Now that China’s economy is frozen by the coronavirus and cheap Russian and Saudi Arabian oil is flooding the market, many more petrostates could come under pressure. For Angola, struggling to get out of a debt trap that has left the country beholden to Chinese creditors, the price collapse also could not have come at a less opportune time. Oman, one of the Gulf’s poorer oil exporters, has a new sultan looking to consolidate his power—a bad time to be imposing austerity budgets. Venezuela is a rare oil exporter that may be hit less hard than expected, in part because of its deep financial relationship with Russia’s state-owned oil giant, Rosneft.

How will we know when petrostates are beginning to crack? Look no further than their currencies. Because oil is priced in dollars, most petrostates keep their currencies roughly pegged to America’s. Saudi Arabia has kept the riyal at 3.75 to the dollar since 1986, while Nigeria’s naira, Algeria’s dinar, and Kazakhstan’s tenge are also kept relatively stable against the dollar. As the balance of payments worsens, the petrostates’ central banks will struggle to keep their currencies stable. Saudi Arabia has financial reserves to last years, but many smaller producers do not. Nigeria, whose currency has been under pressure, has lost 20 percent of its foreign exchange reserves since the middle of 2019—even before the fall in prices. In Oman, speculation is rising that a devaluation of the rial may be coming soon.

The oil price war began as an epic battle among the world’s three largest producers. But Russia, Saudi Arabia, and the United States all have the resources to withstand any short-term shocks. If the pain gets too great, Putin needs only to answer the phone when Mohammed bin Salman calls. Smaller petrostates don’t have that luxury.

Nigerians bid to sue Shell in U.K. over oil-spill pollution