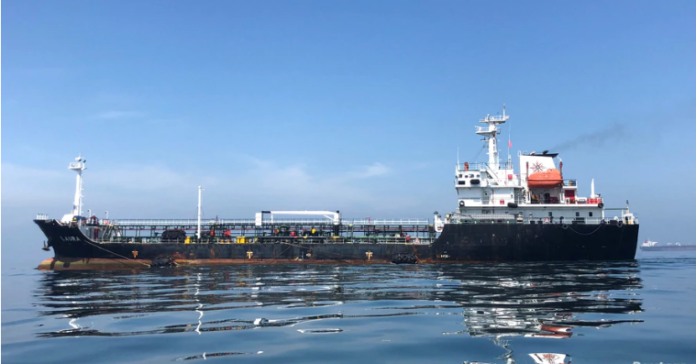 The federal government has said the Dangote Refinery would save Nigerian fuel users the cost of shipping petroleum products from the international market into the country.

The 650,000 barrel-per-day capacity refinery currently under construction is expected to commence operation next year.

The federal government has also said it would from October begin converting the cars and generators of Nigerians to run on gas, noting that this would be done free of charge for all Nigerians to cushion the effect of the hike in pump price of petrol.

However, the Organisation of Petroleum Exporting Countries (OPEC) has said full international oil prices recovery may not return to 2019 price levels until about 2022, and this would potentially translate to increase in the prices of refined products.

Speaking on Monday during a live television programme, the Minister of Finance, Budget and National Planning, Mrs. Zainab Ahmed, argued that the existence of the refinery in the country might not significantly reduce the price of petrol because it’s located at the Export Processing Zone in Lagos and so would be selling at the international market price.

She said the only thing Nigeria would not need to spend money on is freight as Nigeria would be saving money meant for shipping refined products into the country.

Ahmed said: “What we are doing is enabling the petroleum sector to actually grow. There have been a number of refineries that have been licensed for several years. None of them was willing to start refining under the regime that we had where fuel was controlled.

“The Dangote refinery is sitting within an Export Processing Zone. So, they are insulated from that. When we buy fuel from Dangote, we will be buying fuel at the international market price. The only savings that we will be making is the savings of freight which is shipping.

“But, we will still have landing cost; labour cost and the marketers will still have to put a margin. These refineries being those that are supposed to have come to operate can now come in because they are assured that when they produce, they can sell at market rate and recover their investments and make some reasonable profits.”

The minister restated that the deregulation of the sector, which led to the increase in petrol price, was good for the economy as it would encourage investments in refineries.

According to her, “It will mean more refineries will open, they will employ people and fuel will be available in different parts of the country and not just relying on the government refineries.

“Those refineries are old and even if we turn them around, we will not be able to operate them at optimal capacity. So, while the Nigerian National Petroleum Corporation (NNPC) is trying to rehabilitate them, we also need to encourage the private sector refineries to come on stream and even state governments that have the capacity.”

Also speaking on the programme, the Minister of State for Petroleum Resources, Mr. Timipre Sylva, disclosed that the federal government would from October begin converting the cars and generators of Nigerians to run on gas.

Sylva said this would be done free of charge for all Nigerians to cushion the effect of the hike in the pump price of petrol.
He disclosed that cars are capable of running on both gas and petrol.

The minister said the move would reduce carbon emissions as well as the demand for petrol.

“The alternative we are now introducing is gas, which is definitely going to be cheaper than the subsidised rate of PMS (petrol). So, what we are trying to encourage Nigerians to do now is to convert their cars to dual fuel.

“That means your car can use either gas or petrol and that will be done for free because the government is going to ensure that you are able to convert your vehicles for free.

“And when you convert your car for free, you go to the filling station, you see the price of PMS (Premium Motor Spirit) you see the price of gas, you can decide to buy LPG (Liquefied Petroleum Gas) or CNG (Compressed Natural Gas), you can decide to buy LNG (Liquefied Natural gas). These are all going to be available and we are going to have a roll-out plan for this within October.

“Nigerians will have alternatives. It is like introducing a toll on the roads. When you introduce a tollgate, you are expected and required by law to also create an alternative. So, we are also creating that alternative so that you can go to buy gas,” he said.

Sylva added that the federal government launched a similar pilot scheme with commercial tricycles in Port Harcourt which they converted to gas, pointing out that it was successful.

He said the initiative would be extended to small capacity generators. Sylva stated that filling stations owned by NNPC would be the first to begin selling gas to vehicles.

He argued that the use of gas is cleaner and climate-friendly, adding that once this is achieved, Nigeria would receive funding from foreign donors.

“We are going to convert small capacity generators. So, you will have a situation where, in your house, your gas cylinder will be connected to your generator and cooker. So, you don’t need any other fuel apart from gas to run your generators.

“It will become cheaper and cleaner. Of course, our carbon emissions will actually reduce and we are expecting to gain some money from Climate Change Fund for reducing our carbon emission. This is going to be a policy direction that will create a lot of opportunities,” he added.

He said all NNPC filling stations and also some private sector marketers had signed on to the initiative, noting that the scheme would start in one part of the country and then spread to others.

Sylva, however, insisted: “Your car should be in a fairly good condition. That is the only condition to be met, because if your car is not in a very good condition, I don’t know how it is going to convert. We are already in discussion with the National Union of Road Transport Workers (NURTW) and they are already very happy.”