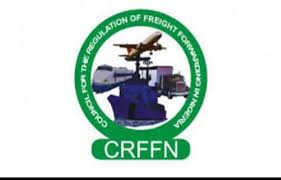 The Council for the Regulation of Freight Forwarding in Nigeria (CRFFN), has commenced the collection of Practitioners Operation Fee (POF) in Lagos ports.

The POF is a legal practising fee of N1,000 and N2000, which must be paid for the 20ft and 40ft containerss respectively before cargo can be cleared.

The Registrar of the Council, Samuel Nwakohu, during the soft launch of the POF, explained the steps to take to make payments on the portal.

According to him, the soft launch means that there will be no full importation into the portal until two to three weeks.

“We have worked very hard to make saure the objectives of the POF are effective and achieved. This soft launch is restricted to the seaport for now; it is a phased thing and we will get to the airport eventually.

“This is also a period to observe the technology; it has been in observation but we should know that there is a difference between the field and things done in the office,” he said.

Nwakohu said there would be a 16-man response team that would attend to people in case of any issue with the portal.

He said each account on the portal would have an e-wallet where one could keep funds aside, and in case of any issue, it could be reverted within 48 hours.

The registrar noted that for security reasons during payment, a One-Time Password (OTP), would be generated from the bank, and when that was done, it would enable one to be debited.

The Registrar said the name of the freight forwarder, consignment and description of goods would be on the printout given, and an acknowledgment copy sent to the person’s email.

He also said terminal operators would be provided with an Excel sheet, which would be ticked off before one was allowed to carry the cargo out of the port.

“Terminal operators have nothing to do with the process on the portal; the only role they play is to verify the receipt against the control document to ensure one has paid before leaving the port.

“What one needs is to be able to access the portal using their registration number and follow the steps, and the portal accepts all cards for payment. Very soon, the portal will be accessed through the Google play store for download,” he said.

The CRFFN Registrar said there was an environment in the portal that showed the level of activities going on in the port so as to monitor progress.

As Nigeria moves towards greater role for maritime in the national economy, Director-General of the Nigerian Maritime Administration and Safety Agency (NIMASA),...
Read more