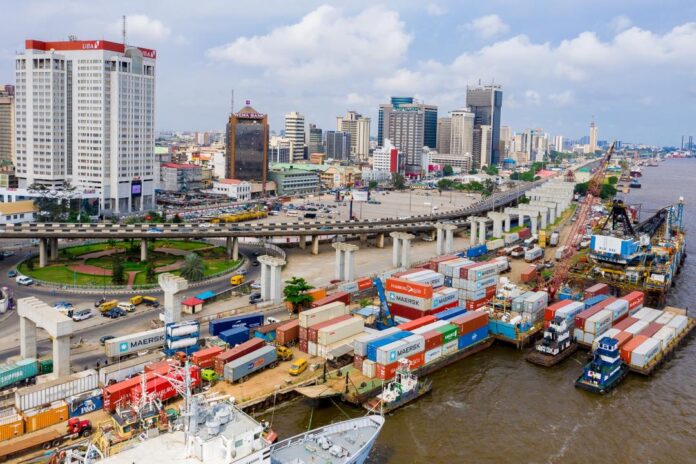 Traffic gridlock and congestion at Lagos ports is expected to rise sharply as government has ordered the cessation of usage of barges along the Lagaos marina to convey containers in and out of the ports.

The move, M&P has learnt, is aimed at restoring the beauty and serenity of the Lagos Marina.

Recall that the adoption barges as evacuation model was earlier introduced by the Nigerian Ports Authority (NPA) in an aggressive effort to find solutions to chronic congestion in the Apapa area of Lagos that has led to plans for mega-ports outside the city.

Since the introduction barges for the evacuation of cargoes, there has been temporary relief on the port access roads and reduction in the number of days spent by stranded vessels at the anchorage.

However, in the latest twist of events, the Governor of Lagos State, Babajide Sanwo-Olu and the Minister for Transportation, Rotimi Amaechi, during a joint inspection of activities at the Lagos Marina agreed that all barge operations along the Marina must stop to restore sanity and organisation to the coastline.

Governor Sanwo-Olu, in a tweet posted on his verified Twitter handle, said “the Commissioner of Police has the order to stop those misusing the roads and we have agreed with the Nigerian ports Authotiry (NP)A to cancel all barge permits pending renewals from NPA, Nigerian Inland Waterways Authority (NIWA) and the Lagos State government.”

Confirming that the barge operators were duly licensed to carry out their activities, Sanwo-Olu said “We have also liaised with the Federal Ministry of Works and Housing because some approvals came from them. We will certainly do all that we need to do to restore law and order along the Marina.”

Meanwhile, movement of consignments by barges has risen by 45 per cent based on an investigation by Daily Trust. It revealed that most private terminal operators who were previously unwilling to exploit the barge alternative have now embraced the operation.

This will not be the first attempt by the authorites to halt barge operations since it was introduced in 2018.

Industry operators have advised that with over 36 barge operators licensed to operate, according to the president of the Barge Operators Association of Nigeria (BOAN), Kelikume Edeme, government must consider the effect the ban will have on trade facilitation, vessel turn around time and traffic build up on the debilitating port access roads.

While expressing their support for the recent order to halt barge activities at the Marina, stakeholders have also noted that such policy would escalate the lingering congestion challenges in Lagos ports.

Concerned industry stakeholders also called on the NPA, NIWA, Lagos State Waterways Authority (LASWA) to, in the interest of the economy, work in close cooperation to fashion out a seamlessly Standard Operation Procedure bordering on use of barges for cargo evacuation from the ports.m