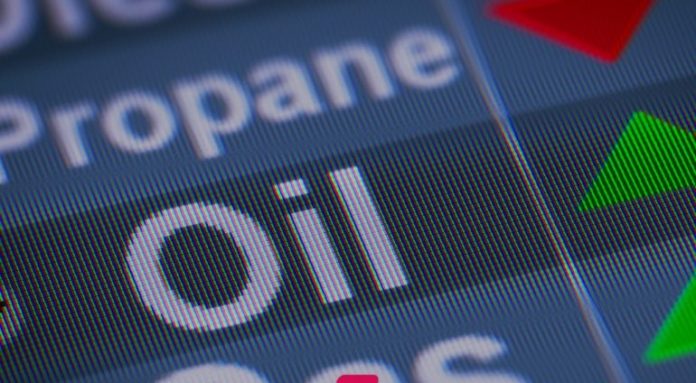 Despite Federal Government’s substantial cut of the oil price benchmark to $20 per barrel a few days ago, Nigeria’s revenue shortfall in the 2020 budget may not be as huge as N4.7 trillion as projected based on the lingering volatility in the international oil market.

Minister of Finance, Budget and National Planning, Mrs. Zainab Ahmed, had during a videoconference on Nigeria’s response to the fall in oil prices and the COVID-19 pandemic said, that earnings from crude oil exports would result to a drop in government’s revenue to the tune of N3.9 trillion as against the N8.6 trillion previously projected.

However, trading in the global oil market over the past few days saw the Brent crude price oscillating between $28 per barrel and $31 a barrel. On Monday, Brent crude futures though down 29 cents, or 0.9 per cent still sold at $30.68 a barrel.

For instance, Brent crude price in the past few days has almost doubled since hitting a 21-year low reached on April 22. The rebound is supported by expectations that demand will grow following the recent record supply cut led by the Organisation of the Petroleum Exporting Countries (OPEC).

Commenting on the latest trend in the market and the implications for Nigeria’s revenue, an economist, Dr. Adedeji Adeniran, noted that the recent rebound in the oil prices portended good omen for Nigeria’s development, especially on the implementation of the 2020 budget.

Adeniran, who is a Senior Research Fellow at the Centre for the Study of Economies in Africa (CSEA), said: “Oil price is now well below the USD20 per barrel set in the revised 2020 budget. Given the fragile nature of global economy, it is important for government to retain this benchmark.

“In best scenario, there will be more revenue and government can always seek for supplementary budget if it needs to spend more or reduce its debt portfolio. However, if the oil prices crashed again, it will not have a significant effect on 2020 budget implementation”, the analyst added.

In his comments, the president of Oil and Gas Trainers Association of Nigeria, Dr. Afe Mayowa, said all things being equal, the price will keep rising in the coming weeks.

He said easing of lockdowns by most economies and the cut in production output by OPEC and non OPEC members suggested that demand would now outstrip supply, adding that this will help in implementation of the 2020 budget more efficiently and minimizing the deficit.

Commenting on the last few days oil prices rebound, an analyst at Avatrade, Naem Aslam, noted that the optimism of the re-opening of the global economy had supported the oil rally.